Behold, The Glorious Trailer For ‘Jackass Forever’ Is Here 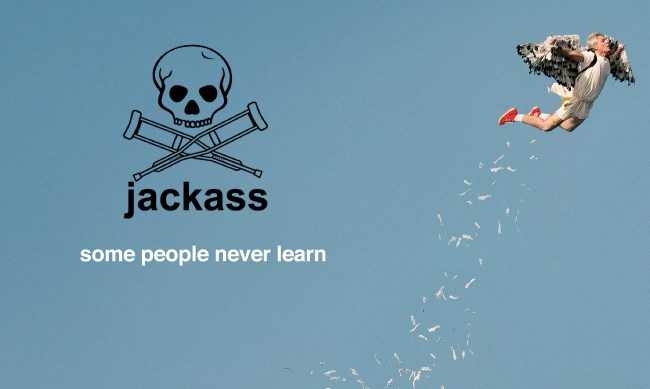 They say that time is a flat circle. That everything we’ve ever done, we’re going to do, over and over again. In the case of the infamous Jackass guys, that means continuing to put their bodies through hell for our entertainment, as evidenced by the arrival of the Jackass Forever trailer.

Forever young and still funny in the head. Check out the NEW trailer for #JackassForever and see our big dumb movie in theaters everywhere October 22, 2021. pic.twitter.com/9ymUlODTmP

Jackass Forever is the first film in the franchise in over a decade, as Jackass 3 was released in 2010. Given that the bulk of the cast is now approaching 50-years-old — Johnny Knoxville, the face of the franchise, is exactly 50-years-old and rocks the fully gray hair these days.

Jackass Forever — which sees the return of original cast members Johnny Knoxville, Steve-O, Chris Pontius, Jason “Wee Man” Acuña, Preston Lacy, Ehren McGhehey, and Dave England — will hit theaters on Friday, October 22. In addition to the OG group, Sean “Poopies” McInerney, Jasper Dolphin, and Zach Holmes have also joined the Jackass gang. Bam Margera, though, will not be returning as the troubled former skater was fired off the production for breach of contract.