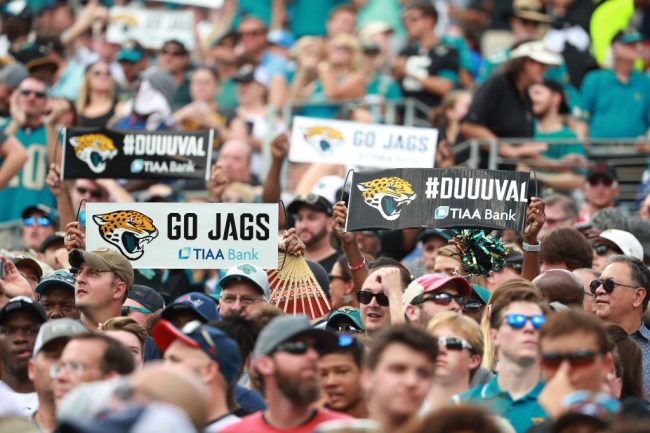 “When the chips are down, these civilized people, they’ll eat each other.”

Truer words have never been spoken (RIP Heath) and just one month after the Jags whacked around the Patriots, they now resemble the Jags of the Blaine Gabbert/Chad Henne era, with its once formidable defense looking like swiss cheese and Blake Bortles looking like, well, Blake Bortles.

Reports of the locker room imploding to the point where physical restraint is needed is a difficult reality check for a team who was a few plays short of going to the Super Bowl last year.

This frustration has been felt whole-heartedly by a fanbase that is desperate for success, evident in an intense altercation between two middle aged men during Sunday’s Texans vs. Jaguars game at TIAA Bank Field. The Jacksonville fan knocked a Houston fan unconscious with an unsuspecting punch to the side of the head.

This fight broke out in the section above me 🤦🏾‍♀️ pic.twitter.com/SOaDVFSYXG

Richard Elliott, the man who originally posted the video to Facebook, claims that there had been tension between the fans in this particular section the entire game and things boiled over when the woman who darts into the scene post-punch threw beer at the group of fans before the confrontation.

It’s unclear what punishments the culprits will face but, as News 4 Jax points out, last season two fans were banned indefinitely from  TIAA Bank Field and buying NFL tickets after throwing stuff at a Seahawks player.