Jake Gyllenhaal Details The ‘Anxiety’ Of Making An MCU Movie, Says He Didn’t Have Control Of His Beard 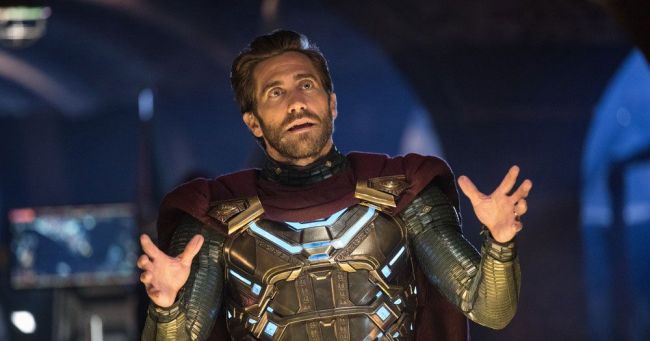 Jake Gyllenhaal is my favorite A-list actor. While I’m certainly hyped for Robert Pattinson’s take on Batman, and certainly enjoyed Ben Affleck’s Dark Knight, Gyllenhaal was my choice for the part both of the times it’s been up for grabs since Christian Bale left the cape and cowl in 2012.

He’s shown he can do brute force in films like Southpaw and End of Watch, while also proving he’d be able to nail the charming aspects of Bruce Wayne in films like Love & Other Drugs and Source Code. He’s shown he can get a little nuts — which Batman is, after all — in projects like Nightcrawler while also unleashing legit dramatic chops in films such as Brokeback Mountain, Prisoners, and Stronger. Alas, with the 35-year-old Pattinson now donning the Caped Crusader’s cowl, Gyllenhaal will likely be into his 50s the next time the role opens up. Unfortunately for me, it would appear that ship has sailed.

Still, while my Gyllenhaal-as-Batman dreams will likely remain unfilled, the 40-year-old Oscar nominee has taken on plenty of comic book roles in recent years. In the last few months alone, he’s signed on to star in an adaption of Robert Kirkman’s Oblivion Song (creator of The Walking Dead and Invincible) and an adaption of Rob Liefeld’s (creator of Deadpool) Prophet. He also, of course, starred as Mysterio in 2019’s Spider-Man: No Way Home.

During a recent interview on Howard Stern, Gyllenhaal — while praising Marvel Studios and what they’ve created — also details the anxiety he had while making the film and how he “didn’t have control” of the length of his beard.

“I was freaking out. It was a scene with [Samuel L] Jackson, Tom [Holland]…there were a number of actors in that scene. And I remember not being able to remember my lines. I was the wooden board. And they were like, ‘Whoa’,” Gyllenhaal said.

“And I went up to Tom Holland and was like, ‘Dude, help me out’. He’s like, ‘It’s all good, man. Just relax’. It was like he was me in so many situations. And I finally did. I just put a lot of pressure on [myself] because I love that world.

As for the facial hair, Gyllenhaal jokingly mocked the process of deciding how long Mysterio’s beard would be:

“Well beard length was definitely an issue for that one, I didn’t have a lot of control of the length of the beard,” Gyllenhaal said. “The beard was already something they desired. I think so, I mean look I got there, you know there’s that first day before you start and everyone’s like ‘Longer? Shorter? Well if we go shorter we’re going to have to commit to this.'”

“It’s absurd, but there was an ease, there’s an ease in those movies. Even though there’s all that pressure there’s a little bit of ease where they’re like ‘Eh, all right. Beard’s not as nice as Chris Evans’ but it’ll do.”

Given the fate of Mysterio at the end of Far From Home, it’s unlikely that Gyllenhaal will have to worry about Marvel Studios trimming his beard for him anytime soon. Then again, no one is ever *really* dead in comic book movies.