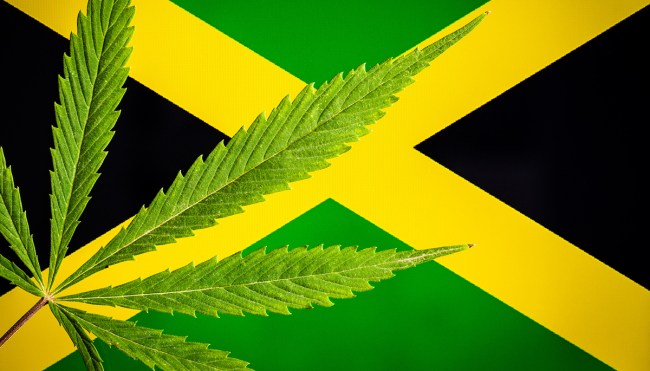 Contrary to popular belief—and much to the dismay of the many tourists who’ve found themselves in legal trouble in a foreign country—it’s illegal to both possess and consume marijuana within the borders of Jamaica (although the country relaxed its stance concerning small amounts of weed with a decriminalization measure that was instituted in 2015).

Of course, Jamaica and cannabis remain inextricably linked thanks largely to Rastafarianism, the religion that considers “ganja” a sacred plant that’s a pillar of many rituals. While less than one percent of the people who reside on the island nation identify as Rastafarian, the fact that they’re legally permitted to harvest the drug means marijuana has never been particularly hard to find there—and it would appear the government is slowly but surely embracing it based on a new push.

According to Vice, Jamaica’s Ministry of Health and Wellness recently kicked off the “Good Ganja Sense” initiative in the hopes of calling attention to the country’s medical marijuana industry. The agency launched a website dedicated to clarifying myths about the drug and educating people about its potential benefits, but the real crown jewel of the campaign is undoubtedly the infectious jingle that was recorded to help promote it.

I feel bad for any websites that have already published a “Best Songs of 2021” list, because they’re going to need some updating now that this has dropped.