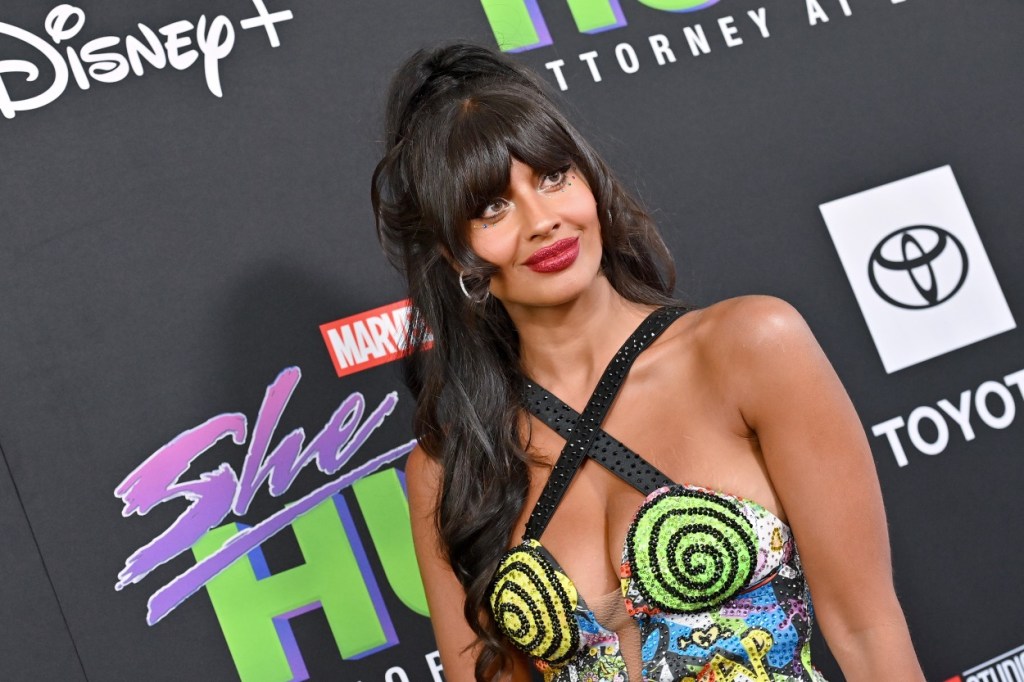 Jameela Jamil joined Hollywood’s A-List as a star on The Good Place and has had a very active career since. She’s now co-starring in this week’s biggest premiere and the latest Marvel release on Disney+.

Jameela plays Titania on the new She-Hulk: Attorney at Law series on Disney+ that’s already being very well received by some. This is a huge role for her and one that she will certainly use as a launching pad to even bigger roles. And that sort of career pressure requires a level of dedication that can put a person in awkward and, in this case, painful spots.

Speaking with Entertainment Tonight, Jameela Jamil revealed that she suffered an NSFW injury while performing stunts for She-Hulk: Attorney at Law. Specifically, she tore a muscle inside of her a**thole.

I didn’t even know it was possible to tear muscles inside of your a**thole and based on Jameela Jamil’s comments, neither did she until it happened. She told ET:

“Oh, I did it all! I did it all. I was hurting in place that I really didn’t know exists. Like, you’ll probably have to bleep this out, but I pulled a muscle in my a**hole,” she added. “I didn’t know that was possible! I don’t know how much of it ever gets to make it to the big screen, because CGI is bonkers,” she added. “But I got to do all my stunts pretty much myself! And that was something I’ve never done before, because I’m the ultimate couch potato. I am just a puddle with bangs.”

Tearing your a**hole for work is a level of dedication I cannot comprehend. (Most days) I love my job.

I’m a partner in this company and I’ve been doing this my entire adult life. It’s great. But would I tear my a**hole for this company? Absolutely not. There have been times I put hangovers on the line for industry-wide beer pong tournaments or press junkets where I sacrificed sleep for days.

I once fainted on a treadmill during a workout with a celebrity trainer who pushed me past my limits aka ‘got me to workout when I was hungover and hadn’t exercised in weeks’. I’ve been in some dicey situations in nature (diving with sharks, etc) and gone way past my limits with THC brownies for articles. But again, I’d never tear my a**hole for this job like Jameela Jamil did.

Jameela’s fans and pretty much everyone, in general, is both shocked and impressed that she’d go that far for stunts.

In the grand picture of Marvel, it is wild to suffer an injury like this for She-Hulk, a show that wasn’t on anyone’s radar until recently. Maybe for an Avengers film, sure, but She-Hulk?.

Ouch, think a she hulk is a ridiculous idea in the first place

Nothing to see here.

If this is Jameela Jamil’s version of guerilla advertising then I’ll be honest, it worked on me. I’m intrigued how such an injury could even happen on set.

They just trying to get people to watch…. aren’t they?

The new She-Hulk: Attorney at Law premieres on Disney+ on Thursday, August 18th. You can find a rundown of the first reviews right here.