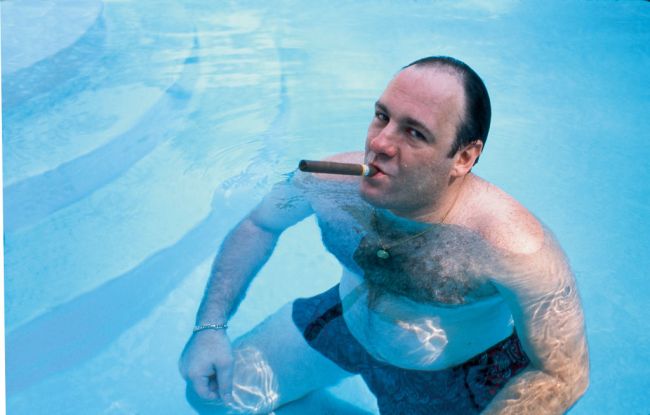 A new tell-all book claims that HBO executives feared for James Gandolfini’s health after the actor would go on alcohol and cocaine binges and stop production of The Sopranos.

Journalist James Andrew Miller wrote a book about the culture and atmosphere surrounding HBO titled Tinderbox: HBO’s Ruthless Pursuit of New Frontiers. For the new book, Miller spoke to former Time Warner chairman and HBO CEO Jeff Bewkes – who revealed that execs were alarmed over the addictions of the Tony Soprano actor.

“We were concerned about Gandolfini staying alive. Occasionally he would go on a bender or a coke binge. We had to stop production,” Bewkes said in the book, according to Insider.

“It cost a lot of money and was hard on the other actors’ schedules,” Bewkes continued.

In a 2013 GQ article, Sopranos producer Terence Winter detailed the night that Gandolfini didn’t show for a shoot at Westchester County Airport that involved a helicopter.

“Nobody was particularly sad to go home at nine-thirty on a Friday night,” Winter recalled. “You know, ‘It’s just money.’ I mean, it was a ton of money—we shut down a f-cking airport.”

Albrecht revealed that there was concern at the cable network over Gandolfini’s “lack of respect for the other actors.” He called HBO’s working relationship with Gandolfini a “love-hate thing.”

Albrecht remembers the time that loved ones attempted to conduct an intervention for Gandolfini because of his substance abuse problems.

“We had an intervention with him in my apartment in New York. The intervention wasn’t my idea,” Albrecht said. “I think his family’s idea because his sister was there. It was definitely a crisis situation.”

The intervention was “a disaster,” and ended with Gandolfini daring Albrecht to fire him before furiously walking out.

Gandolfini allegedly screamed, “Oh, f-ck this. F-ck all of you.”

Bewkes recalled, “One time he brought two or three bottles of good Italian wine, so we didn’t have to drink the sh-t Merlot they serve at the Globes.”

“I drank with him thinking it would calm him down, I guess I was stupid,” he said.

While filming an episode in Season 4 of The Sopranos, Gandolfini and co-star Michael Imperioli allegedly got so drunk that they had to be chained to a tree.

Steve Schirripa – who played Bobby Baccalieri – told Insider, “On the break, while they set up the lights, Michael and Jim drank a bottle of Wild Turkey.”

“They were so drunk that they had to chain their legs to a tree, because they were afraid they were going to fall off the cliff,” he revealed.

Gandolfini played mob boss Tony Soprano from 1999 until the end of the series in 2007.

The actor passed away in 2013 after suffering a heart attack at 51-years-old.

The New York Post reported that Gandolfini had at least eight alcoholic drinks in his last dinner hours before his death in Rome, Italy.

RELATED: Lorraine Bracco Talks About Pranking James Gandolfini With A Fart Machine On ‘The Sopranos’