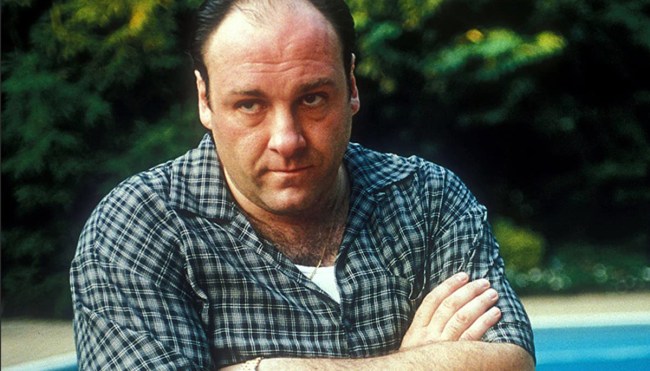 James Gandolfini was anything but a household name when he was tapped to play Tony Soprano at the turn of the millennium, but the actor found himself thrust into the spotlight when The Sopranos quickly became one of those television sensations that was impossible to ignore.

To many viewers, James Gandolfini was Tony Soprano; sure, he added plenty of projects to his résumé after the HBO series came to a controversial end in 2007, and while he was undoubtedly a talented actor, he was really never able to escape the shadow of his iconic character before tragically passing away at the age of 51 in 2013.

This year, a combination of the buildup to the release of the fairly underwhelming The Many Saints of Newark and the general resurgence in the popularity of the show it was based on meant we were treated to a number of stories involving Gandolfini’s time on The Sopranos. However, I’m not sure if I’ve come across any that sum up the essence of the actor better than an excerpt from the upcoming book Tinderbox that was recently shared by Vulture.

While researching the story of how HBO managed to revolutionize television as we know it, author James Andrew Miller spoke with a wide variety of insiders who were instrumental in the network’s rise. That includes Sheila Nevins, who served as HBO’s Executive Vice President of Original Programming when The Sopranos made its grand debut and shared an incredible story about Gandolfini visiting Walter Reed Army Medical Center at the height of its popularity.

While there, Gandolfini stopped by a room where the mother of a bandaged-covered veteran told him her son was a huge fan of The Sopranos and asked him to give him some words of encouragement. As Nevins recalled:

“Jim starts talking to him, like Jim. He says, ‘You fought for our country, you’re a great guy, and I’m very proud of you.’

She said, ‘No, not that voice, your real voice.’ He knew what she meant and started talking to him like Tony. He instantly changes into Tony Soprano and says, “You got to get out of this bed, and show your mother a thing or two. Just because you went over there and fought for your country doesn’t mean you can make your mother cry.'”

The actor also signed the woman’s bible as “Tony Soprano” before hurrying into a nearby supply closet, where Nevins said she found him with “his head buried in folded laundry, and he’s sobbing like a baby.”

We didn’t really need any more proof we lost an absolute legend, but that story says all you need to know about the kind of guy Gandolfini was deep down.