Here’s What Critics Are Saying About ‘The Many Saints of Newark’, The Upcoming ‘Sopranos’ Prequel Film 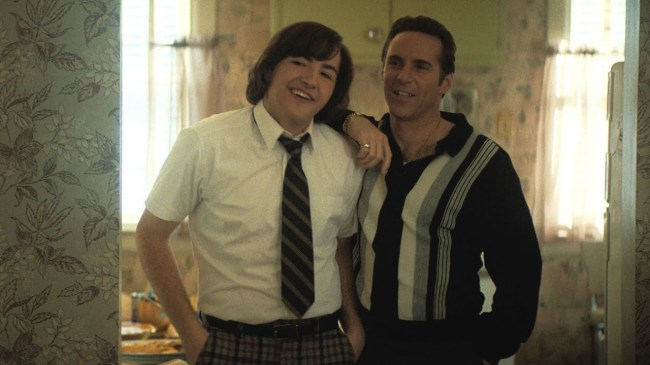 The reviews for The Many Saints of Newark, the highly-anticipated The Sopranos prequel film, have begun to hit the internet this week, and based on the initial response from critics across the country, longtime fans of the iconic, seminal television series from close to two decades ago will be thrilled to return to the world of David Chase’s New Jersey mobsters.

RELATED: ‘Sopranos’ Creator Rips Studio, Says He Wouldn’t Have Made Prequel If He Knew It’d Go To Streaming

But first, the official synopsis for The Many Saints of Newark, via Warner Bros.:

Young Anthony Soprano is growing up in one of the most tumultuous eras in Newark’s history, becoming a man just as rival gangsters begin to rise up and challenge the all-powerful DiMeo crime family’s hold over the increasingly race-torn city. Caught up in the changing times is the uncle he idolizes, Dickie Moltisanti, who struggles to manage both his professional and personal responsibilities–and whose influence over his impressionable nephew will help make the teenager into the all-powerful mob boss we’ll later come to know: Tony Soprano.

And now, onto the reviews.

My review, for BroBible:

In a vacuum, as a purely cinematic experience, The Many Saints of Newark is alright — it’s a formulaic, slow-burning 1970s crime drama through and through. But as an exercise in nostalgia, as a trip down memory lane and into the legend behind arguably television’s greatest ever story, it’s a masterclass, instantly transporting fans of The Sopranos back into a world they haven’t been to in over a decade, to a time period they’ve never seen before, and still managing to make it feel like returning home.

Just about everything here is well and no doubt accurately observed — the family-owned stores, the simmering animosities, the braggadocio of the men, the short tempers and, something new, the increasing unwillingness of the women to automatically accept and kowtow to the men’s whims and egos, even if they remain subservient to them.

Let it be known to anyone reading this: The Many Saints of Newark is not a Tony Soprano origin story. Though, it’s not completely disingenuous to label it that way because there are many events that happen in this movie that no doubt influence the future Tony. But, here, mostly, Tony is an observer. My point is I’d hate for anyone to dismiss this movie for that reason alone. Because there’s a lot going on in The Many Saints of Newark – a movie I haven’t been able to stop thinking about since I saw it a few weeks ago.

David Rooney, for The Hollywood Reporter:

David Chase wants to have it both ways, delivering a treat for diehard fans as well as a stand-alone movie not dependent on detailed knowledge of the series. As a result, the film expands on the Sopranos foundations but not the series’ perspective. The Many Saints of Newark is more of a diverting footnote than an invaluable extension of the show’s colossal legacy.

If you approach the film simply through the eyes of young Tony Soprano, you’ll likely be disappointed, because that’s not the film that creator and co-writer David Chase set out to make here. Instead, he has crafted a film that gets to the heart of American myth and the sins we allow ourselves to perpetuate out of greed, lust, envy, and pride, but all under the cover that somehow these can be justified whether it’s through good deeds or simple restitution. Like The Sopranos, we see boys playing at being men with horrific consequences. The Many Saints of Newark is much bigger than a Tony Soprano origin story, and it’s all the richer for it.