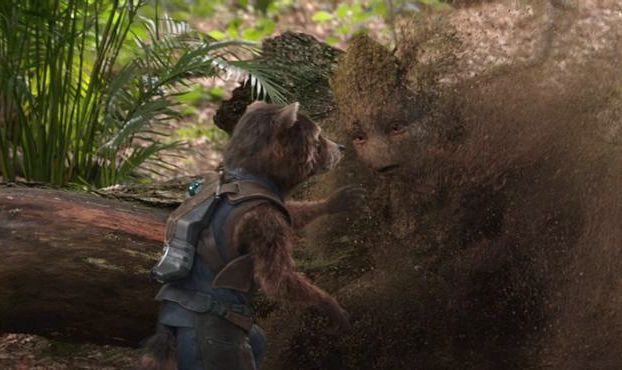 As far as I’m concerned, Groot just so happens to star in the two best Marvel Cinematic Universe movies of all-time.

There’s Guardians of the Galaxy — Marvel’s space opera that came out of nowhere to wow audiences back in 2014. And then there’s Avengers: Infinity War, which was the culmination of a decade of storytelling that saw Avengers from all across the cosmos finally link up.

Now, while I’m not saying these movies are as successful as they are *because* of Groot, I *am* saying it’s certainly not a coincidence that the MCU movies with the talking tree also happen to be their best.

The thing with Groot is that despite his lack of vocabulary, he’s still able to pack dramatic, comedic, and emotional punches. Think about the ending of Guardians of the Galaxy, where Groot sacrifices himself to save the team, unleashing his devastating “We are Groot” line.

Rewatching ‘Guardians of the Galaxy’ on cable. Perhaps one of the best sci-fi movies of the 21st century.

Scorsese is a hero of mine, but I would love for him to watch this scene and tell me it’s not “cinema.” pic.twitter.com/MKE52zQ4AX

Or his line in Infinity War, when he called Rocket Raccoon “Dad” as he turned to dust following Thanos’ snap. Wait, what?!? Yup — as director James Gunn confirmed on Twitter on Monday evening, as Groot is disintegrating into dust, he looks up at Rocket Raccoon and calls him his Dad. Sheesh, James — way to make an already heartbreaking moment even more brutal.

This video is going around with the “actual” translations of Groot lines from the script (which, yes, I always have). The last one “Dad” is correct (because I’ve shared this before). The others are close, good guesses, but not exact. Still good work! pic.twitter.com/CX532X4vPk

We’re covering all things Marvel Cinematic Universe — from WandaVision to The Falcon and the Winter Soldier to Black Widow (if it ever arrives) — over on the Post-Credit Podcast, so make sure to subscribe and check that out.