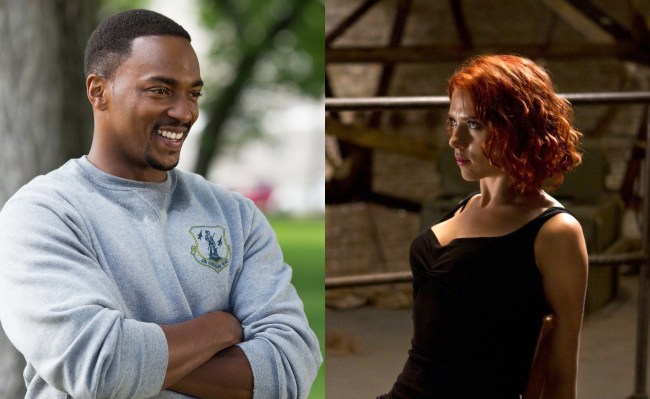 As soon as I heard this story, I was reminded of a similar move pulled by BroBible Mt. Rushmore member Ben Affleck, who, as legend tells it, hand-picked Emily Ratajkowsi for the role of his college-aged girlfriend in David Fincher’s Gone Girl, to which I can only say…

Unlike the Affleck story, though, this comes from the mouth of the man himself, as he told the Toronto Sun that he’s “repeatedly” asked Marvel Studios about a relationship between his Sam Wilson character and Scarlett Johansson’s Natasha Romanoff.

All of these shows and all of these movies are kind of like, “To Be Continued …” By the end of our show, I’m interested to see what’s next. When our script is over and our show is over, we’re just as excited as you are to see what happens next.

That’s the beauty of Marvel and the appreciation you have for being an actor in a Marvel movie. Every cliffhanger is a cliffhanger for everybody, except Kevin (Feige). But the question I always ask is: Do I fall in love with the Black Widow? When does that storyline come in? Because I’ve requested that several times. [via Toronto Sun]

To be fair to Mackie, he certainly has a point, as pairing Johansson’s Natasha Romanoff with literally any character other than Mark Ruffalo’s sheepish Bruce Banner would’ve made for a more compelling, believable romantic subplot. Given everything that’s happened with Joss Whedon since the release of Avengers and Avengers: Age of Ultron, you’ve got to imagine that Disney/Marvel isn’t necessarily thrilled about some of Whedon’s, um, romantic decisions. Even MCU movies make fun of them. 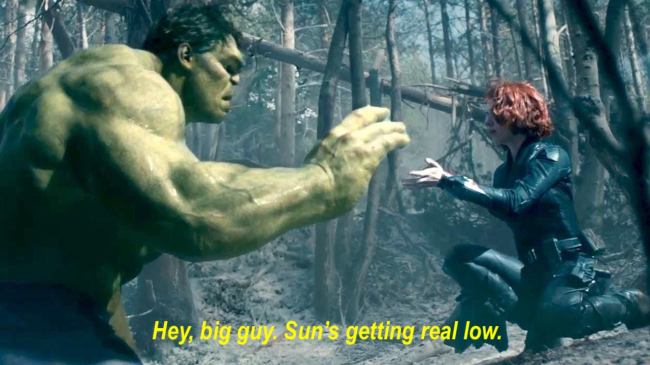 RELATED: ‘Falcon and Winter Soldier’ Will Tie Into ‘At Least’ 3 MCU Projects – Here’s What We Think They Are