‘Jeopardy!’ Champ James Holzhauer Isn’t Exactly Flashing His Winnings Around Town Like You Or I Would Be 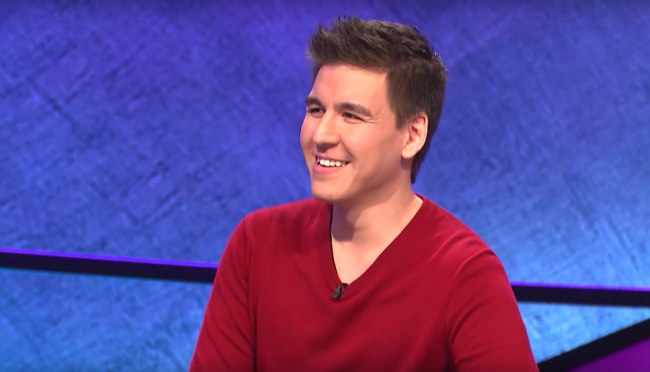 James Holzhauer seems to be the smartest man alive. OK, so maybe that’s a bit of an overstatement, but given the fact the 34-year-old has won 22-straight games of Jeopardy!, it might not be that far off. Everyone’s been amazed at how Holzhauer has won day after day, stretching his earnings on the show to over $1.6 million, which isn’t too far away from the all-time record of $2,520,700 set by Ken Jennings in 2004. Bottom line: James Holzhauer is a damn genius.

While James Holzhauer’s streak is still going, nobody knows how long his dominance actually continues, because Jeopardy! is pre-recorded, so the dude who makes a living as a pro sports gambler’s back to being a “normal person” again — with a couple million bucks more in his pocket. And, since he’s back to being a regular dude, the Los Angeles Times wanted to check in on Holzhauer to see what he’s been doing since he left the show with all that cash. More importantly, they wanted to know what he’s been spending all that cheddar on; and it’s not what many would think.

He has also begun spreading his winnings around town, too — though he was coy about whether that would include wagers at sports books, where he had made his living after moving to the city not long after graduating from the University of Illinois about 15 years ago.

Marilyn Gillespie, executive director of the museum north of downtown, said half of the $10,000 donation would be used to help fund admission costs for students in low-income areas and half would cover costs for animal care.

The museum is a favorite spot for Holzhauer, his wife and daughter and is home to a variety of animals, including bamboo sharks, lizards and exotic insects such as hissing cockroaches.

That’s a nice gesture and all, but, damn, how many of us wish James Holzhauer blew his dough on a fancy car, or a mansion, or some $200,000 weekend bender on the Sunset Strip? Unfortunately, for a man this smart, he’s probably keeping things tight to the chest and saving it instead of blowing it all in one place.

With the Teacher’s Tournament currently going on on Jeopardy! through May, we’re sure to see Holzhauer’s reign continue. Nobody knows just how much he’ll actually end up winning, but it’s probably enough to cover the small donation he made to the museum he and his family likes to go to.