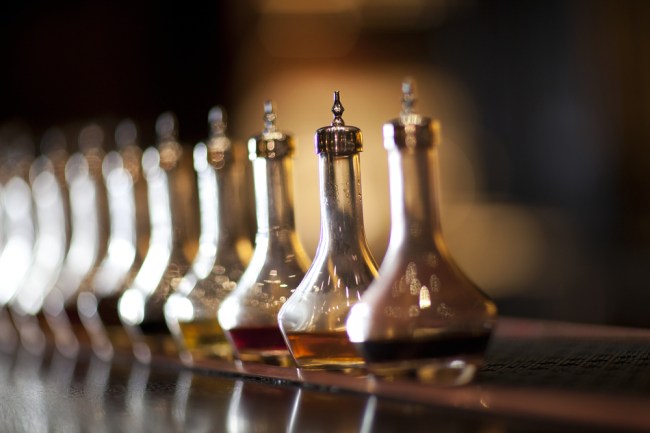 A few months ago, I decided to ignore everything I know about most of the food that originated in the United Kingdom and try out a restaurant specializing in Welsh food, which I was hoping wasn’t centered around sheep’s stomach and sausage made of pig’s blood. Thankfully, the menu didn’t feature either of those items.

However, it did have a gin-based cocktail made with seaweed that immediately caught my eye. I’m willing to try basically any drink that isn’t heavy on rum (to paraphrase Mos Def in The Italian Job: I had a bad experience in college) so I figured I’d order despite the always reassuring “it’s not for everyone” warning I got when I asked about it.

It turns out it tasted like someone mixed sea water with gin and the restaurant closed three months later. However, if you’re looking to make a cocktail that makes you feel like a Kennedy as the mist of the shore settles around you while the winds blow off the Atlantic toward Hyannis on a cool summer’s night, then I have something for you.

Jameson just debuted its Wild Seaweed Bitters, which were designed by a master distiller to extract the flavor of seaweed (and a few other herbs) using the company’s whiskey as a base. It weighs in at 92 proof, so you could theoretically drink it straight, but it seems like it would be right at home in a dirty martini.

They’ll set you back around $25 if you want to have them in your bar.