Jameson Will Pay You To Skip Work On St. Patrick’s Day This Year 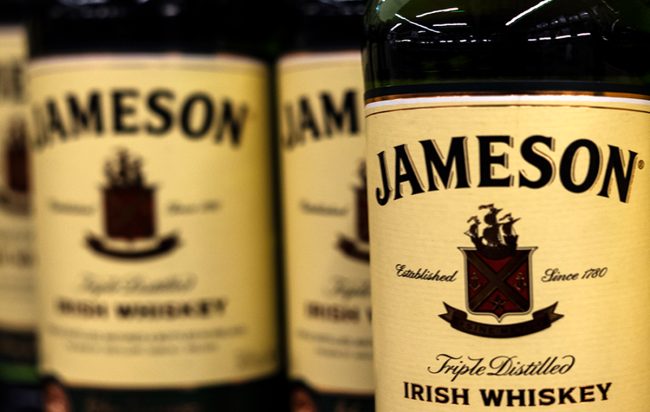 I may have not been sober on St. Patrick’s Day but it’s safe to say it was still a fairly sobering experience, as it turns out celebrating the occasion by making your way through a six-pack of Guinness, a fifth of Jameson, and a bottle of Bailey’s is far less enjoyable when you don’t have anyone else to help you put a dent in them (and don’t even get me started on the morning after.)

While it appears the world is slowly but surely approaching whatever we’re eventually going to define as “normal,” we’re probably going to have to wait another year until Americans are able to pack shoulder to shoulder in bars on St. Patrick’s Day to celebrate the great-great-grandparents they use to justify calling themselves “Irish” while chugging green beer and challenging people to fight them in their honor.

Until then, most of us are probably going to have to settle for spending yet another night drinking within the confines of our homes when the holiday rolls around on the third Wednesday of March this year, and if you’re working from your place, you can probably get away with kicking off the festivities a bit early if you so desire.

However, if you haven’t joined the ranks of the sizeable chunk of workers who’ve taken advantage of not having to make the trek to an office to imbibe while on the clock, Jameson has decided to give people a little bit of incentive to do some guilt-free St. Patrick’s Day day drinking.

According to Thrillist, the Irish whiskey brand has unveiled a campaign to provide anyone who might be thinking about taking the day off on March 17th with some motivation to pull the trigger, as you can now use its “St. Patrick’s Day Time Off” push to potentially get a small reward for cashing in one of your personal days. If you decide to sign up, you’ll have a chance to be one of the 1,000 people who will get $50 to cover whatever supplies you pick up to commemorate St. Paddy’s (and they’ll also donate the same amount to the Restaurant Workers’ Community Foundation in your honor.)

I can’t wait until I once again have the chance to accidentally spend four times that amount while spending St. Patrick’s Day hopping from bar to bar when that’s a thing I’m allowed to do again, but I’ll take what I can get for now.