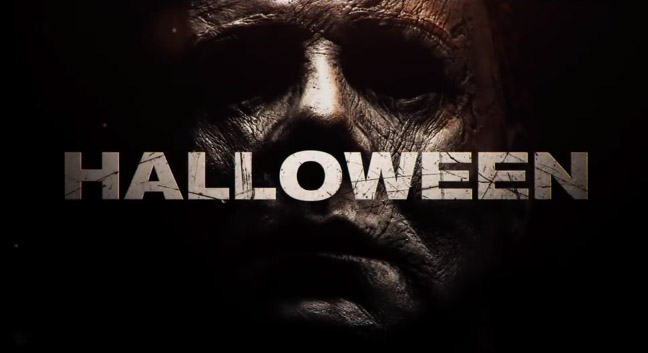 When it comes to classic horror films, there are few, if any, better than the original 1978 John Carpenter-directed Halloween starring Jamie Lee Curtis (in her film debut) and Donald Pleasence.

Beginning in 1963, in Haddonfield, Illinois, six-year-old Michael Myers, and his creepy clown costume and mask began a reign of terror that has now run for 40 years and through 10 different films. None of which could match the sheer terror generated by the first film (though Halloween II came pretty darn close).

Now, after making a rather lackluster return to the franchise in Halloween H20: 20 Years Later (which Curtis called a “money gig”) and Halloween: Resurrection, Laurie Strode is back. This time to do it right with the horror movie experts of Blumhouse (Get Out, Insidious, The Purge, Split, Happy Death Day, Paranormal Activity, and The Gift).

Speaking while on set to Dread Central, Curtis revealed some of what her character Laurie Strode has been doing for the past 40 years in preperation for Michael Myers’ inevitable return.

“The Laurie we’re going to meet is fifty-nine is in a weird way seventeen, so I think she actually responded much better with a granddaughter than her own daughter. She’s Laurie, Laurie loved kids, Laurie was fantastic with children, probably better with children than adults,” explains Curtis. “I think with her own daughter she was dysfunctional in her raising of her because of this obsession of safety, but because her granddaughter wasn’t raised by her, she can connect.”

But what kind of person is Strode after 40 years? Curtis thinks about it and tells us, “I think for Laurie Strode, society has not been kind to her. She lives alone, she has tried to live in society but society has not been welcoming. There were not a lot of mental health professionals helping this young woman, she banged her way into her life, she slammed into people, institutions, law enforcement, and they hate her because she calls the police every day, says ‘Do you have somebody patrolling Smith’s Grove? I was out there, I actually sat in my car all day outside of Smith’s Grove and I didn’t see one cop car. Why is that? Why aren’t you treating him with the respect that you should treat him?’”

Her obsession with Michael clearly causes rifts across the board, to the point that her own daughter, Karen, is adopted by a man who is not her father. “Laurie Strode I believe, doesn’t even know who the father of her daughter is. We believe the man who raised her, my ex-husband, adopted Karen when she was a year and a half or two, when I met him, then we made a relationship and that ended very quickly but he adopted her legally. So I don’t think Lori’s had…nobody could have a satisfying emotional relationship with a woman who is looking over their shoulder every moment they’re together. It’s that assumption that she’s had some sort of relationship, she hasn’t, and that’s why we find her in this isolated place that she’s living, in this sort of militaristic mindset.”

This “militaristic mindset” has chained Strode to Haddonfield for her entire life, depriving her of anything even remotely close to a normal existence. “I don’t think she has left Haddonfield in forty years,” Curtis hypothesizes. “This is a woman who knows exactly where [Michael] is and she knows, even though they all are convinced that he’s somebody who they can maybe manage, work with drugs, rehabilitate, all the rest of it. She is the only one who knows exactly who he is, and that’s who we find.”

Just don’t expect Laurie Strode to have turned into Sarah Connor after 40 years of preparation.

“Laurie Strode is a survivor. She survived by her wits, even though she made stupid errors, like throwing the knife away twice,” Curtis explained. “Laurie isn’t a badass, she’s smart and she survived. I also don’t want her to be a badass, I want her to be prepared. I want her to still be who she is but prepared because she’s not Linda Hamilton, I don’t have those arms.”

Speaking to USA Today, Curtis also admitted Laurie Strode will be part of her legacy forever.

“I recognize that it will be my biggest contribution,” said Curtis. “Despite writing books for children, all of my advocacy, all of my politics, all of my own personal journey, my legacy will be Halloween.”

Nothing wrong with that, I say.

Read the full interviews with Jamie Lee Curtis over at Dread Central and USA Today.