Japan Is Working On An Elevator That Will Take People Into Space… What Could Possibly Go Wrong? 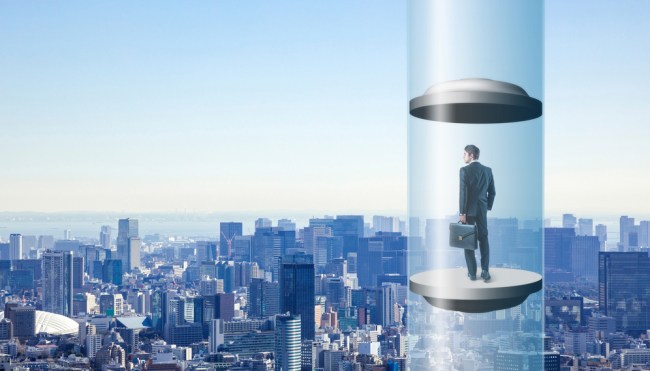 Japan is at it again with their wild ideas. This time they’re working on a “space elevator” people can use to travel from Earth to a satellite in space.

Oh, and they hope to have it operational by the year 2050 meaning that a very large portion of us will still be around to use it. You will use it, right? (I will not.)

Later this month, researchers at Shizuoka University will begin testing for a “space elevator,” which would connect earth and a space station by cable. In the future, this elevator could be used to transport people and cargo back and forth.

There’s just one fly in the ointment though. There currently does not exist any material strong enough to survive the stresses placed on the elevator cable by the gravity and wind in the upper atmosphere, reports Smithsonian.

They’re not giving up yet though.

Theoretically, a “space elevator” would be composed of a cable tethered to the Earth, likely somewhere near the equator where hurricanes and tornadoes are scarce. David Smitherman of NASA/Marshall’s Advanced Projects Office, explained that such a system “requires the center of mass be in geostationary orbit,” roughly 22,236 miles above Earth’s equator. The cable itself would need to be tethered to a stationary mass beyond geostationary orbit that would keep it taut. But the result would allow for electromagnetic vehicles to ride up and down the cable taking workers, equipment and tourists into orbit for a fraction of the cost of a rocket ride. 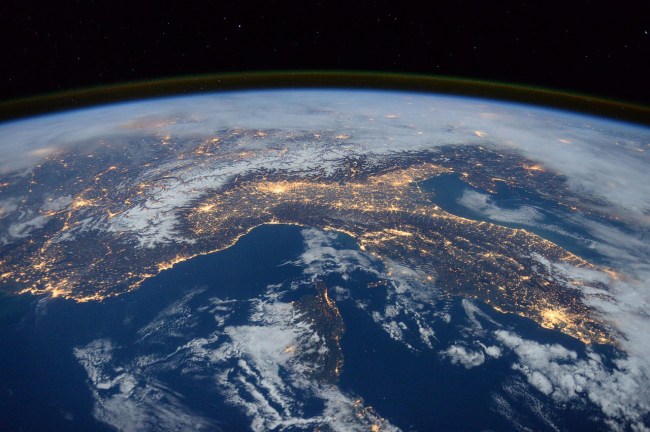 The test equipment, produced by researchers at Shizuoka University, will hitch a ride on an H-2B rocket being launched by Japan’s space agency from southern island of Tanegashima next week.

If all goes well, it will provide proof of concept by moving along a 10-metre cable suspended in space between two mini satellites that will keep it taut.

The mini-elevator will travel along the cable from a container in one of the satellites.

A Japanese company, Obayashi Corporation, which built Japan’s largest tower, has already put together a space elevator proposal. In their concept, six oval-shaped elevator cars would move between a platform in the sea and space station orbiting Earth.

They estimate that a trip on their space elevator, which would ride on almost 60,000 miles of cable made up of carbon nanotubes or a currently undeveloped material, will take around eight days to complete.

Obayashi Corporation says they’d like to have this project completed by the year 2050.

The costs of this project? Around $90 billion.