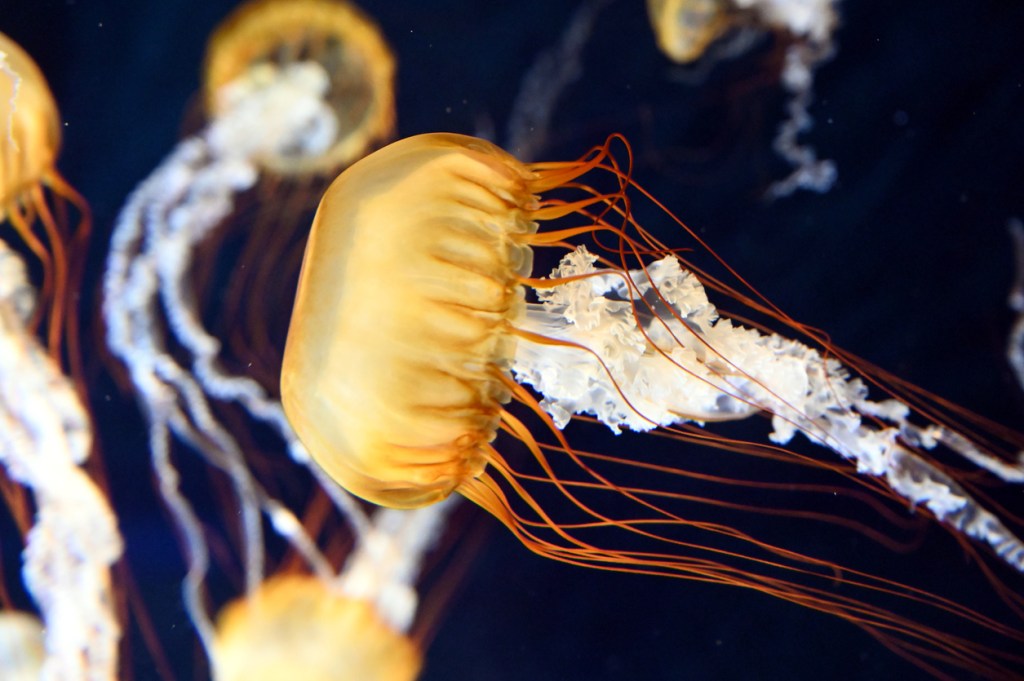 Jellyfish are awesome from a distance. I love catching sight of a Portuguese Man o’ War when I’m out fishing on Florida’s east coast. They look like fairytale creatures. But they have a sting that’s powerful enough to occasionally kill human beings and when they wash up on the beach they look absolutely terrifying.

The same can be said for many jellyfish species, they look cool from a distance but up close they’re pretty damn terrifying because you know you’re just a few feet or inches away from a life-changing sting.

This paddler uploaded two videos to TikTok of them navigating a sea of jellyfish that straight-up look like something I’d expect to see in a movie. I imagine some mythological Greek hero traveling to the underworld and having to paddle through a river of these terrifying monsters to get to his destination.

Here are the two TikTok videos. If they’re not embedding for you properly then you can access them directly right here.

I’m not a jellyfish expert. I could point out a box jellyfish from watching TV, or a Portugues man o’ war, but beyond that they’re mostly just ‘jellyfish’ to me.

But one of the commenters did call this species out as the “Japanese sea nettle, Chrysaora pacifica” which are found in the northwest Pacific Ocean and can grow longer than 9 feet! Their sting is said to be “mild” to humans but will cause burns and rashes. And their tentacles can grow longer than 10-feet!

According to Newsweek, this species of jellyfish is commonly found off the coasts of California and Oregon which is something I really could’ve gone through life without knowing. I don’t need to be thinking about these jellies next time I’m surfing in CA. I don’t want to think about them ever again.