Jared Fogle Files $57 Million Lawsuit Against Prosecutors, Judges Who Sent Him To The Slammer 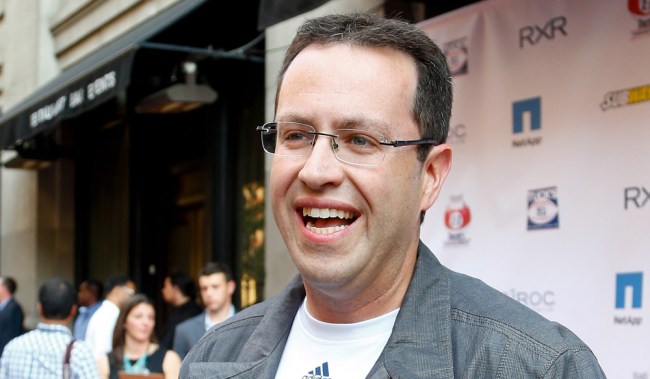 If we ever needed more proof (and we didn’t) that disgraced former Subway spokesman Jared Fogle still doesn’t get it, he just gave it to us after joining two other delusional prisoners in a lawsuit against the prosecutors and judges who sent him to prison.

Apparently Fogle’s previous plan to get out of the slam, claiming that the court doesn’t have jurisdiction over him because he is a “sovereign citizen,” shockingly didn’t pan out as well as he had hoped.

So now Fogle has filed, as usual with the “help” of other prisoners, yet another lawsuit trying to get him released from prison. This time he’s not only suing to get out of the graybar hotel, he’s also asking for $57 million!

The basis of Fogle’s lawsuit this time is that he claims federal prosecutors wrongfully allowed to plead guilty to conspiracy to receive pictures of minors. Fogle claims the conspiracy charge does not apply to his crimes.

TMZ reports that he is suing for at least $57 million because it is triple the damage to the career he lost when he was arrested. Fogle must have been making some serious bank back in the day.

Sentencing court, has refuesed [sic] to correct and fix the unlawful Plea(s); Petitioner was allowed to plead to a conduct(s) that was not provided for within the text of § 2252(2)(2); specifically, “conspiracy”; as such, Petitioner was denied his Constitutional Rights to due process, and had this charge not been unlawfully and illicitly charged, FOGLE would not have plead “Guilty”.

Fogle also added President Donald Trump to his writ of habeas corpus against the warden of his prison in his continuing efforts to get released.