Jared Leto’s Performance In ‘House of Gucci’ Is Getting Hilariously Bodied By Virtually Everyone, Including Tom Ford 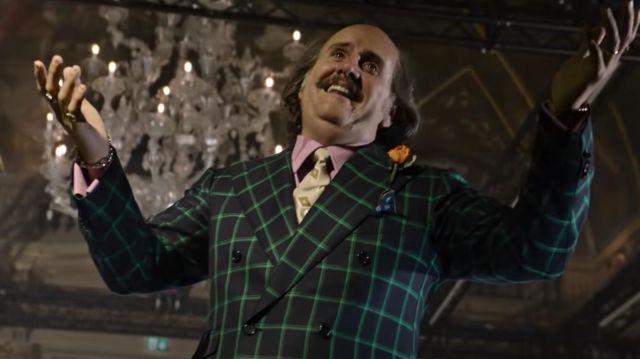 Luckily for director Ridley Scott, House of Gucci is performing far better than his film from earlier this fall, The Last Duel, which has earned just over $27 million globally against a $100 million budget. Unfortunately for Scott, though, House of Gucci is largely being categorized as camp — far from the Academy Award hopeful he likely thought it’d be — particularly when it comes to Jared Leto’s performance as Paolo Gucci.

Leto, arguably the most overrated actor of his generation, is being lambasted by both audiences and critics for his performance, which many have compared to a Saturday Night Live character. One of those critics, internationally famous designer Tom Ford, was particularly harsh in his criticism of Leto, as Ford actually knew the person that Leto was trying to play.

“At times, when Al Pacino, as Aldo Gucci, and Jared Leto, as Aldo’s son Paolo Gucci, were on-screen, I was not completely sure that I wasn’t watching a ‘Saturday Night Live’ version of the tale,” Ford said in an essay for Air Mail.

“Leto’s brilliance as an actor is literally buried under latex prosthetics. Both performers are given license to be absolute hams — and not of the prosciutto variety. They must have had fun. Paolo, whom I met on several occasions, was indeed eccentric and did some wacky things, but his overall demeanor was certainly not like the crazed and seemingly mentally challenged character of Leto’s performance.”

Ford, however, is far from the only one to be critical of Leto’s portrayal, as regular movie-goers also took to social media to deride his gonzo performance:

since jared leto is trending, i felt like sharing some pictures of an actually good method actor pic.twitter.com/iaNxIMHXYL

So much of HOUSE OF GUCCI works on a meta level, like when Jared Leto’s character shows Jeremy Irons’s character his terrible designs and and Irons tells him to shut the fuck up because he’s a giant hack

Finding out Jared Leto wore a fatsuit to play a guy who wasn't fat is going to rage-change my biology so penicillin will not work https://t.co/bZk5DA6SzS

aside from the fact that jared leto is terrible in HOUSE OF GUCCI, the guy he’s playing (paolo gucci) just looked like a regular guy pic.twitter.com/AiBxBbnqI8

this is basically Jared Leto in House of Gucci pic.twitter.com/PHuoWIqIXV

The funniest thing I've seen today is @KermodeMovie and @simonmayo's examination of Jared Leto's performance in HOUSE OF GUCCI. pic.twitter.com/Kg7MOVaL2z

I know there's been a lot of talk about it, but I can't get over Jared Leto in House of Gucci and I want to know all about how that performance was allowed to happen. You wouldn't have got away with that level of Comedy Italian in a 1980s British sitcom called, say, Pasta Joke.

All that said, House of Gucci isn’t a total misfire, as Lady Gaga — in her second lead role following 2018’s A Star Is Born — is being widely praised for her portrayal of Patrizia Reggiani despite the fact that her accent sounds more Russian than it does Italian.

RELATED: Jared Leto Is Attempting To Backtrack Those Insane Joker Stories Of Him Mailing His Co-Stars Dead Rats And Condoms