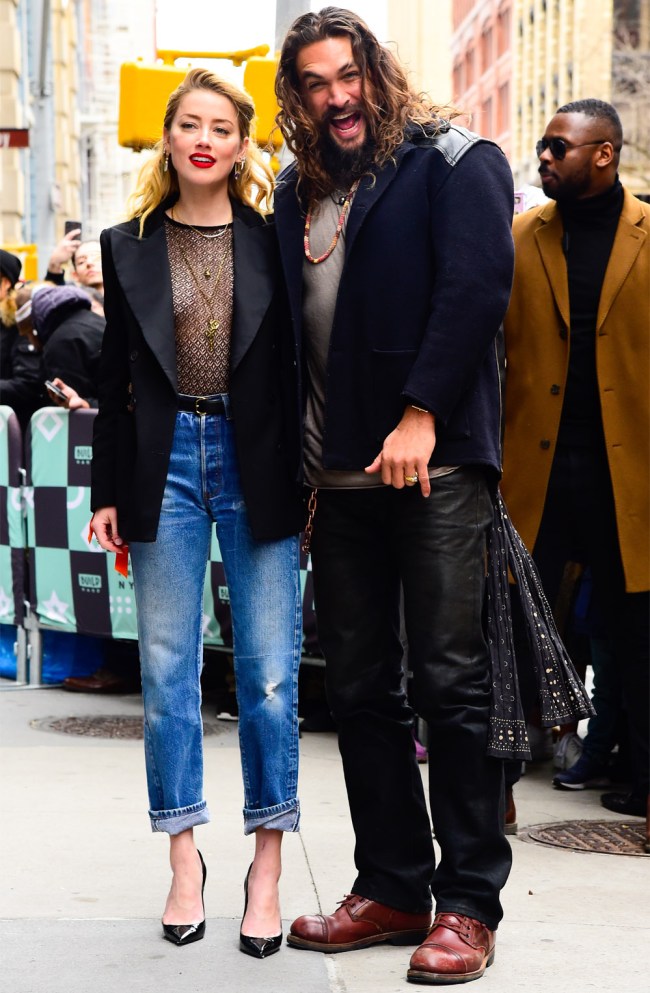 As we have seen in the past, Aquaman star Jason Momoa marches to the beat of his own drum. A very, very fun drum. Who else do you know that spends their free time drinking Guinness and throwing axes?

And he apparently still has very strong feelings about his co-star Emilia Clarke. Then again, who wouldn’t.

Moon of my life @emilia_clarke every time I leave you my face hurts from smiling to much. I Fucking love you forever. Aloha j

Momoa’s Instagram account is that’s all you need to see to understand that bro’s life is pretty much just one giant play date for adults.

Speaking of Momoa playing around, according to his Aquaman co-star Amber Heard, he’s no different when he’s supposed to be working on a movie.

During her appearance on Good Morning America this week, Heard talked about what a pain the neck Momoa was to her on the Aquaman set.

“I love Jason, we had so much fun together… he is allergic to being ignored!” Heard told the GMA hosts. “And I am a book worm, I love to read, so whenever there’s a break on set I like to read. He quickly learned… so he adopted adopted this method of ripping out the pages of my book so I would pay attention to him, and it would drive me crazy because I’d have 30 pages left and it would be gone!”

With some assistance from the creative wardrobe team she did finally find a solution to Momoa wrecking her books.

“I would have to drop it between takes 30-feet in the air suspended on wires during these large setups and somebody would rush in and throw my book up at me. I would feel so bad someone was going out of their way to do it so I was like, ‘No, it’s okay,’ and they could just tell I was going crazy,” she continued. “So wardrobe built me a book bag out of the green screen material, so I could sling it over me and then I would just like bring it around and pull out my book.”

He sounds like such a child. I so want to hang out with him.