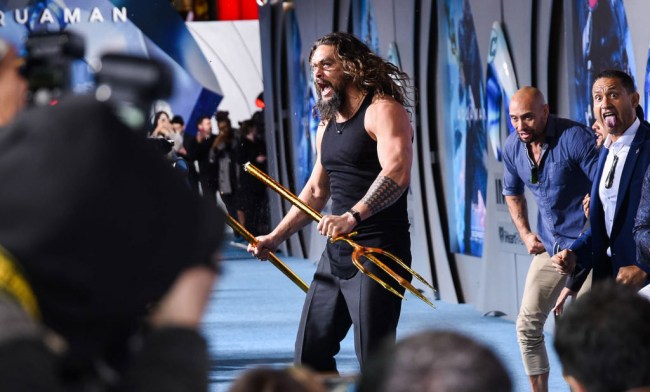 Have you ever seen Jason Momoa’s audition tape for Game of Thrones? Calling it intense would be a massive understatement.

In fact, that’s about the only way the word understatement could ever be used to describe the one-time Khal Drago.

Nothing about him or his life is understated. Even the way he works out is extreme.

I mean, jeezus, just look at him on the Aquaman movie premiere red carpet.

Yes, his wife is Lisa Bonet for all you Cosby Show fans.

So, knowing all this, is it at all surprising that he (and his kids and friends) busted out an incredible, super-intense Haka performance on the Aquaman red blue carpet?

And is it also at all surprising that he was so pumped after the performance that he snapped his Aquaman trident in half over his knee?

Get ready to watch the best thing you’ll see all week.