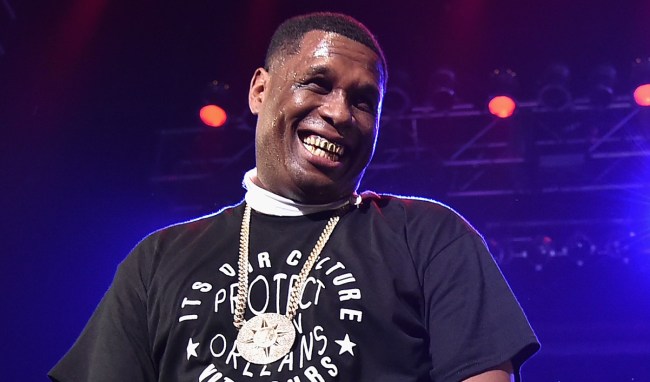 Back when movie theaters were still a thing, there was a fairly inexplicable stigma surrounding the act of going to see something by yourself, as many members of the general public seemed to think sitting in a dark room next to people you know and not talking to them for hours on end was somehow the ultimate social activity.

I can, on the other hand, understand why people would look at you strangely for attending a concert alone, which is how I kicked off my freshman year of college when I bought a single ticket to see Mos Def and Talib Kweli. The duo dubbed “Black Star” had released a legendary album of the same name around a decade prior and I wasn’t going to let the whole “lack of friends” thing get in the way of seeing the two artists behind one of my favorite hip-hop records of all time.

The show took place at House of Blues in Boston, where I arrived a couple of hours early to post up as close to the stage as possible. When the doors opened, I managed to secure a spot in the front row (as someone who stands at 6’10”, this was admittedly the dictionary definition of a “dick move,” but in my defense, I remained as slouched over as possible during the entirety of the concert in an attempt to atone for my sin).

Before being treated to the main event, I had to sit through a couple of openers I’d never heard of. This included some guy who went by the name of Jay Electronica, who announced his arrival by bursting onto the stage after the “Price Is Right” theme kicked in before proceeding to rap over it. I can’t say I’d ever been particularly captivated by any of the other acts I’d been subjected to at concerts while waiting for the one I’d come, but there was just something differentnt about this dude. Over the course of the next half-hour, he continued to spit over largely percussionless beats that frequently faded to allow him to showcase his acapella skills, and while Black Star put on one hell of a show, I couldn’t stop thinking about his performance when I left the venue and headed back to campus.

I snuck back into my dorm around midnight to avoid pissing off a sleeping roommate I’d only known for a few days before trying to track down more of his music and came across a 22-track mixtape appropriately named “What The Fuck Is A Jay Electronica?” It didn’t take long for me to become absolutely captivated as I made my way through it, and shortly before I reached the halfway point, I was treated to a 15-minute song where he laid down verses over various snippets from Jon Brion’s masterful Eternal Sunshine of the Spotless Mind soundtrack (the first of which featured the lyrics he’d rapped over the signature game show opening when he kicked off his set) supplemented with samples from films including Charlie and the Chocolate Factory and The Prestige.

So what, exactly, the fuck is a Jay Electronica? On the intro to the song, producer Just Blaze said he was first introduced to the artist by a friend who told him “he was destined to become one of the great ones.” His monologue was followed by one with Erykah Badu (his partner at the time and mother of the child they had together), who was asked to describe him and replied “I wouldn’t even call him a person, cuz he’s a weird-looking cat…He looks like he’s kind of an alien from somewhere…like some kind of mythical creature.”

There is perhaps no better word than “mythical” to describe what Electronica would eventually become. Over the next year or so, he found himself at the center of a rapidly increasing amount of buzz and acclaim thanks in no small part to “Exhibit C,” which documented his journey from living in the “slums” in New Orleans to sleeping on the subway and streets of Brooklyn (where he was so broke he couldn’t even afford to buy a slice of pizza) to rap’s Next Big Thing.

In 2010, Electronica teamed up with a fellow Jay when he signed to Roc Nation, and while the hype train had officially left the station, it slowly became evident that it was on a trip to nowhere. The official title of the Eternal Sunshine-inspired track described it as Act I—a reference to Michael Caine’s monologue in the aforementioned Nolan film where he outlined the three stages of every magic trick—and after Jay-Z brought him aboard, all signs pointed to him following up his breakthrough song with a debut album called Act II.

In 2012, a tracklist for Act II emerged, and after multiple songs began to surface, fans held out hope the album was soon to follow. However, their anticipation waned with every year that passed without its release.

Over the course of the decade, Electronica earned a reputation as a bit of a recluse, as he occasionally collaborated with artists including Kweli, Curren$y, and Big Sean (where he was overshadowed by Kendrick Lamar’s now-iconic verse on “Control”) but largely remained out of the public eye. Rumors about his private life soon began to overshadow those concerning his music, and as someone who frequently referenced the Illuminati and various conspiracy theories in his songs, he made waves when it was revealed he was in a relationship with an heiress to the Rothschild fortune.

Back in February, we were hit with a tsunami when he unexpectedly resurfaced on Twitter and announced his debut album would finally be arriving in March. However, it didn’t come in the form of Act II but rather A Written Testimony, which was essentially a collaboration with Jay-Z that had been recorded over the course of 40 days during the winter. It was an objectively solid record from a man who had seemingly been destined to become of one rap’s biggest “What Ifs?” but it still left something to be desired.

In the end, it seemed like there was really nothing he could’ve released that would’ve been able to live up to a decade’s worth of anticipation—but that all changed last week when someone online claimed they had gotten their hands on a copy of what was officially titled Act II: The Patents of Nobility (The Turn). It didn’t take long for a group of buyers to pool enough contributions together to meet the $9,000 asking price, and on Sunday, it began to make the rounds online.

As a long-time Electronica stan, I downloaded the leak and hit play bracing myself for disappointment, but over the course of the next 52 minutes, I was transported back to my freshman year, where his music had served as the soundtrack to countless walks to class and late nights studying in the library. Act II is absolutely vintage Jay Electronica, featuring all of the elements that put him on the map, and it’s hard to imagine he wouldn’t have remained there if it’d had come out during a time when he had an almost infinite amount of momentum on his side.

I’ve never really been a music writer so I’m going to try to avoid going Full Pitchfork here, and it’s hard to articulate just how amazing this record is if you aren’t familiar with the history I’ve tried to summarize above. Act II is an album that is as introspective as it is esoteric; a project that sounds incredibly out of place in the context of rap in 2020 but would’ve clashed almost as much with what defined it in the early 2010s. Electronica (as he always has) plays by his own rules here and nothing illustrates this more than “Bonnie and Clyde,” which is arguably the standout track. It appears it the midst of an incredible four-song run that begins with “Life On Mars” (centered around the sample Kanye West used on “Bound 2”) and ends with “Shiny Suit Theory,” which was previously released as a single but is taken to the next level thanks to what precedes it: the truly gorgeous “Dinner at Tiffany’s,” which seamlessly transitions into the one that follows.

It’s clear that the version of Act II that surfaced was still a work in progress, as the mixing on some tunes leaves a bit to be desired and “Nights of the Roundtable” is obviously a reference track that Jay largely mumbles his way through. It’s also absent of rumored features from Kanye and Diddy, and it’s worth noting Just Blaze and others in the know say there’s a later version still floating around that may or may not come out now that this one has (the rough cut of the album was quickly uploaded to TIDAL—a thing that apparently still exists—and  I can’t help but think there’d be no better way to remind people that it does than by unveiling the finished product).

I’m far from the only person to laud Act II with an extreme amount of praise, and after seeing the almost universally positive reception it received, Jay took to Twitter to reveal he was “humbled” by it.

The end of Act I ends with a clip from The Prestige where Christian Bale asks “Are you watching closely?” As someone who’s been doing that for the past 11 years, I can only hope I won’t have to wait as long for him to close out the trilogy with his third and final act, but if he manages to match what he did with the second, it might be worth it in the end.