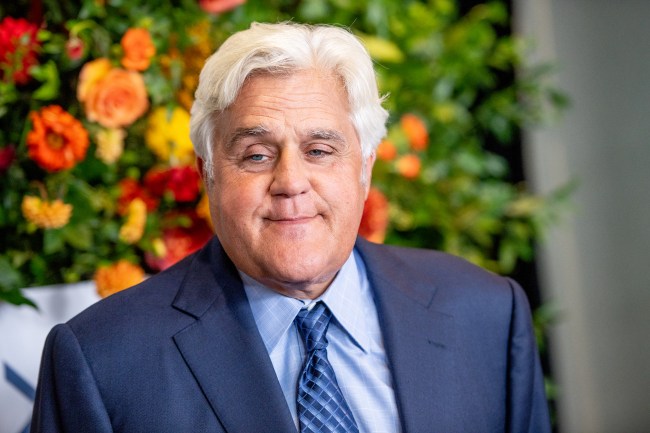 Movie characters watching Jay Leno talk about what is happening in the movie pic.twitter.com/fWpOeOLSm5

What a fantastic compilation. How many times have movies used a clip of Jay Leno making jokes about the sad situation the hero is currently in? Dozens. Just a total pantsing of Hollywood’s tendency to repeat itself.

Want to emphasize that your main character is at their (ready for this word?) NADIR? Why, show them watching Leno’s monologue full of jokes at their expense. I didn’t count, but it sure seemed like all these scenes ended with the act of turning off the TV. And to the characters’ credit, a lot of these jokes were turrrrrrrible.

I’ve always wondered about this though: does Jay Leno get paid to do these? Does he slip these fake movie jokes in during a pre-tape segment in front of a live audience? Does someone come out and explain to the studio audience, “Hey guys, Jay has to do a joke for a movie. Just pretend the current president is named President Whitmore”? Talk about fake laughter. Those fools haven’t even seen the damn movie yet. Just laughing when they’re told to laugh like a bunch of chimps.

Leno, man. I was a Letterman guy myself, but I guess if you wanted to make the point that your movie character was making news for all the wrong reasons, you called Leno.