Looking To Travel To Space? A Trip On Jeff Bezos’ Blue Origin Rocket Will Cost $200,000+ 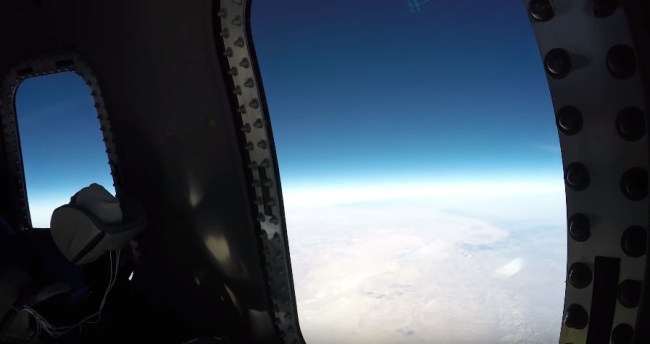 Are you looking to be one of the first humans to experience space tourism? Well, it sounds as though you are going to need some major coin to travel to the curious cosmos. Reuters is reporting that passengers who want to take a trip on the Blue Origin rocket will have to pony up between $200,000 to $300,000 for the epic voyage. Does that include in-flight dinner or just regular beverage service and a bag of peanuts? Just want to see if it’s worth the price or not.

Blue Origin is a privately funded aerospace manufacturer and spaceflight services company that was founded by Jeff Bezos in 2000. Starting in 2019, Blue Origin expects to offer space tourism packages. Astronauts will venture to space in the company’s New Shepard vehicle. Up to six passengers would sit in a capsule attached to a huge rocket that would blast them into suborbital space. After approximately two and a half minutes, the autonomous capsule would soar to the Karman line, which is 62 miles above Earth. At the height of the adventure, customers would experience a few minutes of zero gravity weightlessness and see the curvature of the planet. Then the pressurized capsule would fall back to Earth and land safely by using parachutes. With a price of up to $300,000 for about 20 minutes, this is quite the pricey endeavor.

Blue Origin says that they haven’t thought at all about what they will charge for space travel. “We will fly Blue Origin astronauts before we fly commercial passengers and haven’t done any real work on passenger selection or the ticket sale process,” the company said in a statement. Why do I think that pricing was one of the first things they talked about to make sure they could make this a profitable enterprise.

Blue Origin’s New Shepherd capsule has now traveled to space nine times without passengers, and twice it has carried a test dummy appropriately named “Mannequin Skywalker.” There’s still a long way to go before space tourism takes off for the Amazon CEO’s rocket company. “We will fly Blue Origin astronauts before we fly commercial passengers and haven’t done any real work on passenger selection or the ticket sale process,” the company’s statement said. Potential astronauts will have to pass crewed flight tests. You can sign up for updates about being an astronaut on the Blue Origin’s website.

Richard Branson’s Virgin Galactic is also attempting to make space tourism a thing. Trips on their rocket-powered SpaceShipTwo VSS Unity cost $250,000 and they have sold more than 700 tickets. Hey Richard, does a $250,000 space flight come with new movie releases and free wi-fi? I’m just pricing this out against your competitors.