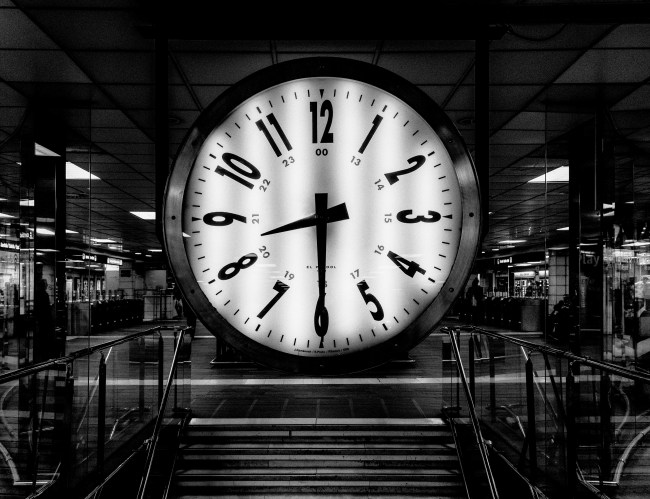 Jeff Bezos already looks like supervillain Lex Luthor, but now the Amazon head is spending his money on things that only comic book characters would own.

According to Popular Mechanics, Bezos is blowing a ton of money on the “Clock of the Long Now” which will allegedly tell time for the next 10,000 years.

The clock has cost Bezos over $42 million to build so far and is being constructed inside of a mountain.

Engineers and contractors are building the massive, multi-room clock inside a mountain in West Texas.

Because when you’re a billionaire, your life should look like a James Bond film. And also, it only makes sense to OWN A MOUNTAIN.

The Clock of Long Now is the brainchild of Danny Hillis. Hillis is a computer scientist and entrepreneur.

According to Bezos, the clock will be 500 feet tall, “all mechanical, powered by day/night thermal cycles,” and “synchronized at solar noon.”

“The clock is designed to tick just once a year and chime once per millennium.”

The installation of the clock began back in 2018.

Installation has begun—500 ft tall, all mechanical, powered by day/night thermal cycles, synchronized at solar noon, a symbol for long-term thinking—the #10000YearClock is coming together thx to the genius of Danny Hillis, Zander Rose & the whole Clock team! Enjoy the video. pic.twitter.com/FYIyaUIbdJ

In 2011, Wired reported about the clock idea and the longtime friendship between Hillis and Bezos.

“[A]round 2005, the pair got serious and started making plans to build a clock on Bezos’ property in the Sierra Diablo Mountain Range. Bezos explained the clock as a way to remind people that the far future not only exists but will happen to their descendants.”

Alright, maybe they were both high.

If anyone is interested in seeing the clock, well, it probably won’t happen.

“Visiting the Clock will take a commitment,” the official website reads. “The nearest airport is several hours away by car, and the foot trail to the Clock is rugged, rising almost 2,000 feet above the valley floor.”

Bezos’ net worth has skyrocketed recently, and the tech giant is doing good with his money – he’s spending $100M to feed America. That’s probably the same amount of food in the pantry of his new Los Angeles home.

Here’s a rundown of some of the other insane things Bezos has bought over the years.