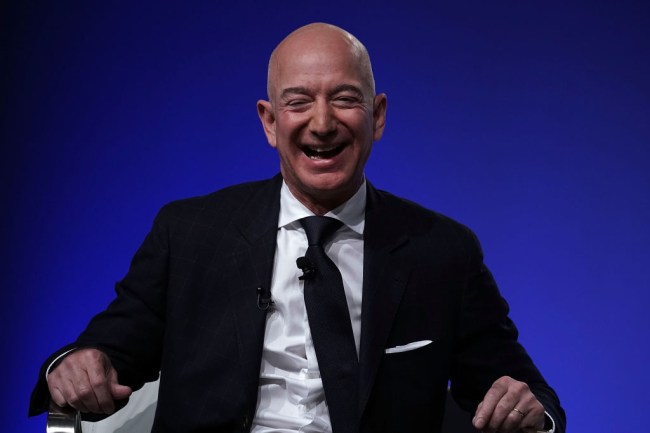 Jeff Bezos’s estimated net worth is $156 billion, making him the first person to accumulate over a billion dollars.

The Amazon CEO is the richest person in modern history.

To make money, you’ve got to spend money, and Bezos is no stranger to spending his billions.

His wealth is so massive that Business Insider estimates that spending $88,000 to him is equal to the average person spending just $1. He intends to spend all of his money before he drops dead but probably not in the way you’re envisioning.

Here are just some of the purchases that make up a bulk of Bezos’s net worth.

Bezos is one of the largest landowners in the United States with a home in Medina, Washington that sits on 5.3 acre worth an estimated $25 million, a $23 million townhouse in Washington, D.C, a mansion worth $25 million in Beverly Hills, three New York City apartments worth a total of $17 million and a 30K acre ranch in Texas, home to his space exploration company, Blue Origin.

To get from mansion A to mansion B and everywhere in-between, Bezos bought a $65 million gulf stream jet.

Bezos does have money wrapped up in investments in other companies like Google and Uber, gives money to charity, and even handed over $42 million to build a clock.

The 10,000-year clock, which will keep time for 10,000 years (duh) stands at 500 feet tall and is powered by day and night cycles. The goal behind its creation is “to promote long-term thinking.”

Bezos believes his most important work, however, is to fund space exploration so that sometime in the future Amazon Prime will offer next day delivery to the moon.