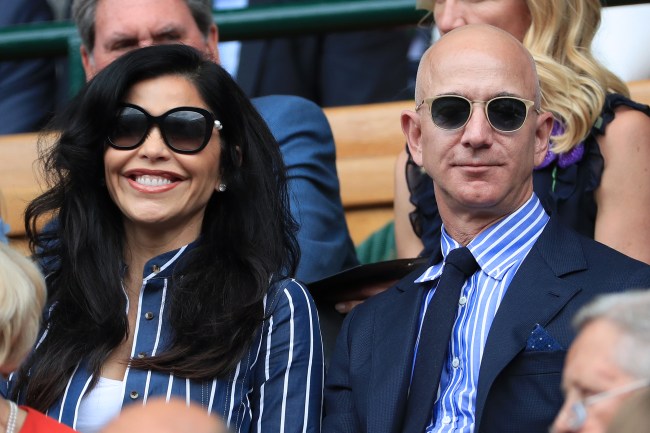 The 55-year-old isn’t exactly a penny pincher when it comes to personal finances. Bezos just threw down $80 million on a 17,000 square-foot, 12 bedroom NYC penthouse just months after Bezos shelled out a record $36 billion to his ex-wife in a divorce settlement.

Many interneters booed Bezos over the weekend for what many believe to be an irresponsible “fuck you money” purchase–The Flying Fox mega yacht that’s reportedly worth $400 million.

The yacht is reportedly 136 meters long and sleeps up to 22 guests, with a 54-person crew. It features 36 guest cabins, 11 VIP cabins, 4 decks onboard, a 12-meter swimming pool, two helicopter pads, and a two-deck spa that includes a gym, sauna, and massage area.

This is Flying Fox,, New yacht of Jeff bezos in Turkey pic.twitter.com/o9Pz3UAI6E

Droves of people expressed their disgust in what they believe is Bezos’ superfluous purchases, especially considering Amazon employees aren’t the most compensated people in the world.

Amazon, valued at nearly $800 billion, was not required to pay a penny in federal taxes this year (or last), but instead received a federal tax REFUND of $129 million. This was due in part to tax credits and deductions.

If you paid the $119 annual fee to become an Amazon Prime member, you paid more to Amazon than it paid in taxes.

Our job: Repeal all of the Trump tax breaks for the top 1% and large corporations and demand that they pay their fair share in taxes. https://t.co/qDt4YoL5Z4

Thousands of Amazon employees are on food stamps https://t.co/APmKCnKtC3

Just a reminder that the system we live in allows one person to make $149,353 a minute while the bottom 50% of the world's population won't earn that much in their lifetime. pic.twitter.com/C7QtvmRwEp

Jeff Bezos: we should go to space because “things like climate change and pollution and heavy industry. We are in the process of destroying this planet”
Jeff Bezos’ yacht: pic.twitter.com/v3uLQhpbZW

Amazon workers collapse from heat exhaustion in warehouses where the heat index exceeds 100° F so that Jeff Bezos can buy a new yacht pic.twitter.com/6nL1OXPDFg

Welp, get off the ledge young fella, because an representative of Amazon told INSIDER Saturday night that despite the rumors, the Amazon CEO does not own the yacht, and the company doesn’t know who it belongs to.

Turkish media first reported that the yacht was anchored off the coast of Datça, and original tweets claiming that the yacht belongs to Bezos have since been deleted, along with the original photo.

Poor Bezos. Getting bullied online for a mega-yacht he’s never even seen. God, it would be such a big swingin’ dick move if he bought it after the backlash. I’d have no choice but to respect him more.