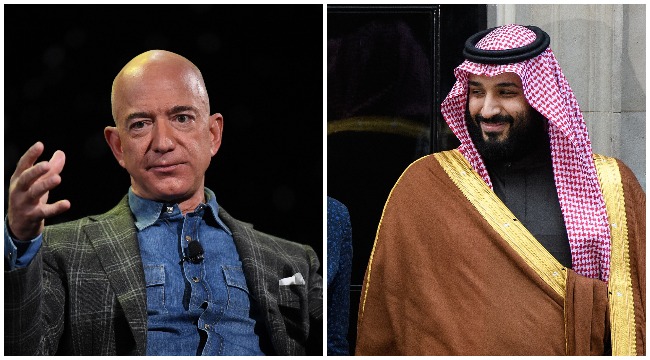 If there is every a story that supports the claim that money doesn’t buy happiness, it’s this one.

Jeff Bezos and Saudi Arabia crown prince Mohammed bin Salman have a combined net worth of approx. $90 billion, give or take a few hundred million in rounding errors. The Saudi royal family also has enough money to buy everything short of salvation, after the Saudi oil company was valued at a record-breaking $2 trillion last month, or the equivalent of thirteen Peloton bikes.

Still, on top of the mountain, we find ourselves in the middle of a dick pic war.

The Amazon billionaire Jeff Bezos had his mobile phone “hacked” in 2018 after receiving a WhatsApp message that had apparently been sent from the personal account of the crown prince of Saudi Arabia, sources have told the Guardian.

The encrypted message from the number used by Mohammed bin Salman is believed to have included a malicious file that infiltrated the phone of the world’s richest man, according to the results of a digital forensic analysis. 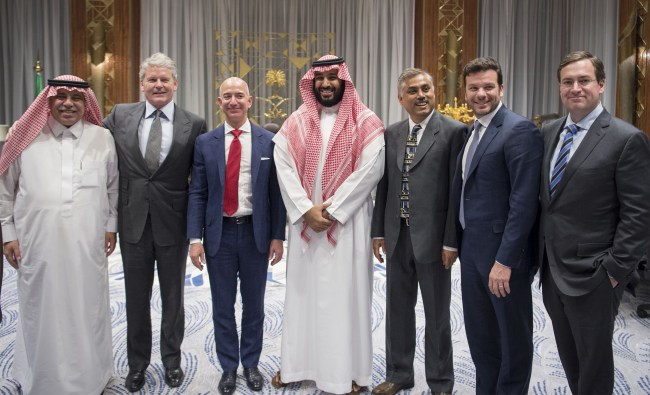 This analysis found it “highly probable” that bin Salman was the petty perpetrator, while also noting that “the two men had been having a seemingly friendly WhatsApp exchange when, on 1 May of that year, the unsolicited file was sent.”

It’s interesting to imagine how this text thread played out.

Bezos: You are welcome, Mr. bin Salman. I am rich and also a robot.

bin Salman: Welp, thanks for those hog shots. Hey pro tip for a friend: next time go 85% chubb because the girth doesn’t suffer and you leave something to be desired.

Bezos: Does. Not. Compute.

Saudi Arabia has denied the allegations, but a United Nations investigation found that months before the National Enquirer published a piece exposing Bezos’ affair with Lauren Sanchez, Crown Prince Mohammed bin Salman sent Jeff Bezos a photograph of woman resembling the one he was having an affair with in an effort to taunt him.

…the crown prince sent Bezos a message on WhatsApp in November 2019 that appeared to be a photo of Sanchez along with a caption: “Arguing with a woman is like reading the software license agreement. In the end you have to ignore everything and click I agree.”

Recent media reports that suggest the Kingdom is behind a hacking of Mr. Jeff Bezos' phone are absurd. We call for an investigation on these claims so that we can have all the facts out.

A month after the leak, Bezos accused the National Enquirer of trying to blackmail him with a series of salactious photos, including the penis pic and a photo of Sanchez “smoking a cigar in what appears to be a simulated sex scene.”

Congrats to the kinky couple. 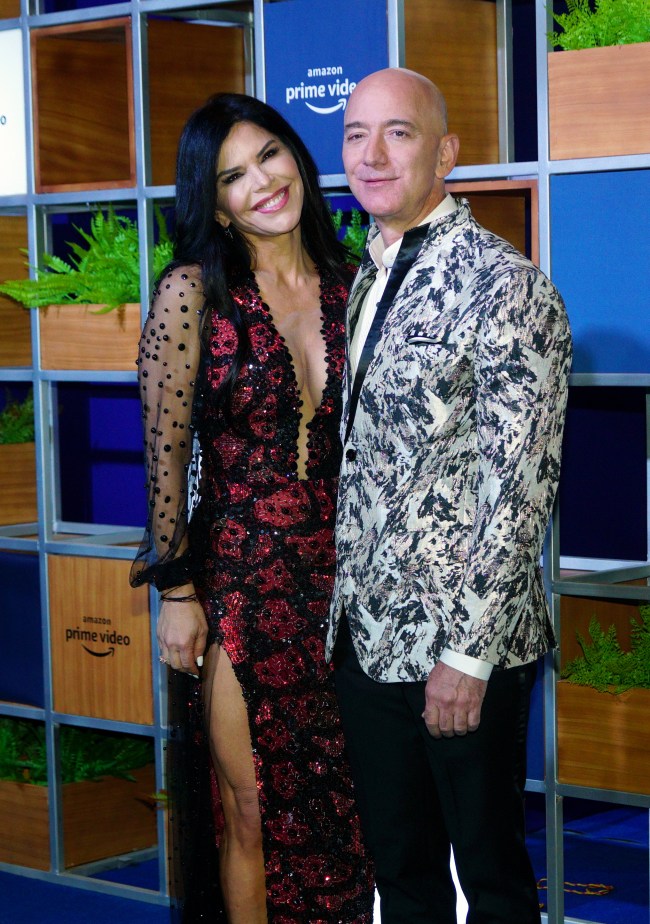