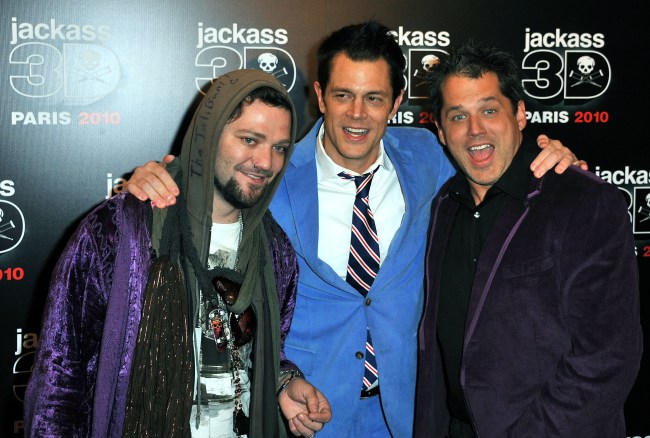 Bam Margera will not included in the fourth installment of the Jackass franchise, which he once claimed is “all I’ve been wanting to do for 10 years” following the death of Ryan Dunn back in 2011.

In February, the 41-year-old was permanently fired from Jackass 4 after going “AWOL from the production” despite being monitored by a wellness coach on set.

From there, things have devolved into a public blame-gaming, with Margera most recently calling out the Jackass crew for abandoning him in a time of need. Steve-O

To make matters worse for the embattled star, it’s now being reported by TMZ that director Jeff Tremaine, who’s been involved in the franchise since its inception, has filed for a restraining order against Bam after Bam released a scathing video accusing Tremaine and Johnny Knoxville of making him jump through hoops to claim the $5 million he was due from a movie he will no longer be appearing in.

At the time of this writing, it’s unclear about the actions that led up to Tremaine getting the law involved, but Bam’s instability, drug use, and trauma that accompanies being left out of the film is a recipe for disaster.

In April, Bam rattled off the 18 prescription drugs he came out of rehab with in a video that accused the Jackass crew of firing him on an alleged drug technicality.