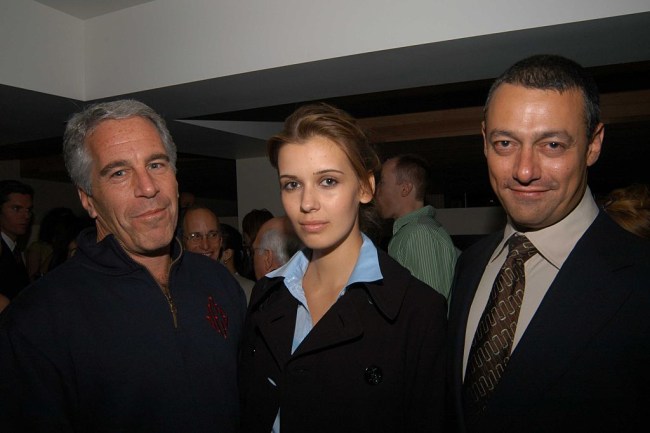 An alarming report alleges that while Jeffrey Epstein was locked up in federal prison, he met with a young woman for hours in a private room reserved for inmates and their attorneys and nobody knows who the mysterious woman is.

Forbes has an eye-opening report that claims that a mystery woman visited Jeffrey Epstein at the Metropolitan Correctional Center in Manhattan. The suspicious report was provided by a visiting attorney who happened to witness the unusual visitation.

“The optics were startling. Because she was young. And pretty,” the anonymous attorney told Forbes. “If I was him, I would have hired an old bald guy.” The woman did not have any files with her and was dressed in “Sunday brunch attire.” “It was slacks and a blouse,” the attorney said. “Could have been jeans or another kind of pants.”

The woman was not Epstein’s main lawyer, Reid Weingarten, or other named attorneys who visited him. The insider suggested the woman could have been a lawyer or a first-year associate, but is was not any member of Epstein’s legal counsel that was known to the media.

The attorney said the young woman met with the convicted pedophile for at least two hours on July 30. The visit came one day after Epstein was taken off suicide watch and seven days after the registered sex offender reportedly attempted suicide. The billionaire financier was transferred into the Special Housing Unit (SHU) after his alleged suicide attempt.

“I think she was there just to babysit [Epstein] and keep him out of his cell,” the visiting attorney theorized. “And just keep him company for eight hours a day. Which is not supposed to be the way it works. They wouldn’t move anybody until he got where he was going, which is what they used to do with El Chapo, too.”

NBC News reported that Epstein paid his lawyers to visit him nearly every day, which allowed him to leave his prison cell to receive legal counsel from his attorneys. While in the meeting room, prisoners have their handcuffs removed and the door is locked. The MCC has 12 attorney visiting rooms, but only two are available to lawyers visiting clients in the Special Housing Unit.

Epstein footed the pricey legal bill in order to meet his lawyers for up to 12 hours a day at the private attorney-client meeting room and afforded Epstein to get out of his dingy prison cell. Epstein’s legal team spent so much time in the meeting room that they would routinely empty the two vending machines of drinks and snacks in the hall outside.

“It was shift work, all designed by someone who had infinite resources to try and get as much comfort as possible,” the source said.

“One thing I can say for sure is when I left him he was very, very upbeat,” said attorney David Schoen who met with Epstein for five hours in August.

At 6:30 AM on August 10, Jeffrey Epstein allegedly committed suicide by hanging himself using the bunk bed and bedsheets. Following the autopsy of the body, the New York City medical examiner ruled that Epstein’s cause of death was suicide.

Since Epstein’s suspicious death, conspiracy theories have swirled because the multimillionaire had such high-profile connections with powerful people around the world. Since July, Epstein was being held at the federal prison in New York City without bail following his arrest on sex trafficking charges. You can read the latest news about Jeffrey Epstein HERE.

RELATED: Jeffrey Epstein Reportedly Had A Picture Of Bill Clinton In A Dress And Heels At Convicted Pedophile’s $56M Home