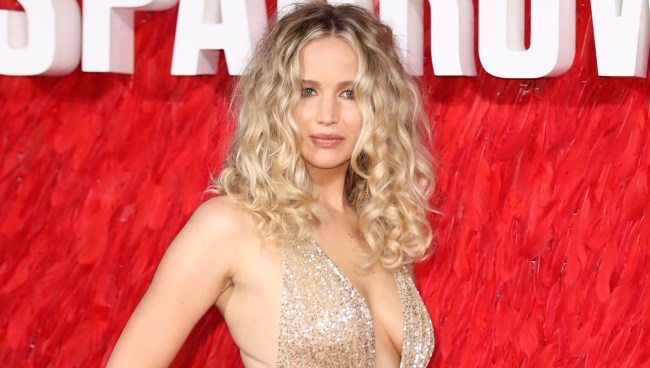 Jennifer Lawrence is back in another unusual relationship. The difference this time? She’s engaged.

Remember when J-Law was dating Chris Martin just five months after his divorce, sorry, conscious uncoupling, from Gwyneth Paltrow in 2014 and 2015? Yeah, that relationship was certainly doomed.

Then, after breaking up with her next boyfriend, director Darren Aronofsky, who’s 21 years older than her and directed her in Mother!, Lawrence moved on and has spent the past eight months dating some guy named Cooke Maroney.

And now they’re engaged. After eight months of dating. Who the hell is this Cooke Maroney? He sounds like he should be running an illegal bookmaking shop in the 1920s. Also, someone please tell me his secrets… now.

I guess this Maroney fellow is 34-years-old, grew up in Vermont, attended New York University, and is now an art gallerist who works at Gladstone 64 in NYC.

Buzz of the engagement began after the two were spotted having a cozy dinner at Raoul’s and Lawrence, 28, was rocking a “massive ring” on her finger.

Lawrence’s rep confirmed to us that the two will be tying the knot, but we hear that Lawrence has been sharing the news with those closest to her.

At Raoul’s, “It was a giant rock. They seemed like they were celebrating and people were talking about it. The ring was very noticeable. They were sitting back in a corner. She was wearing a cute black dress with white polka dots,” a spy told us.

I guess when your dating life supposedly sucks as much as she has claimed it does, beggars can’t be choosers.

Also, I have no idea what an art gallerist is or does, but I am now thinking it might be a nice next career move.