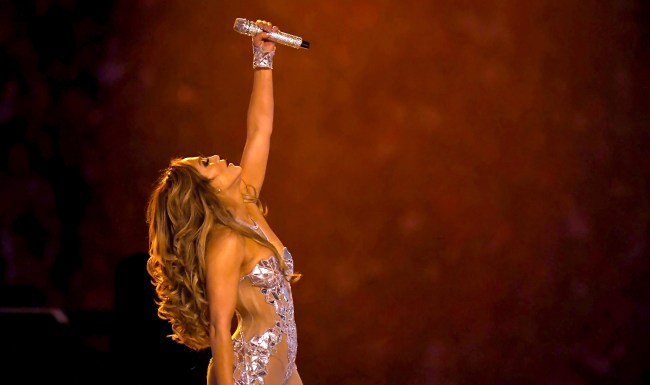 Almost from the moment it was over, because we can’t have nice things, Jennifer Lopez and Shakira started to receive some backlash over their Super Bowl LIV halftime performance for being “too sexy.”

Granted, their performance may or may not have destroyed a marriage or two, and somewhere Janet Jackson was smiling and pointing out that what she did at Super Bowl XXXVIII wasn’t all that bad in hindsight, but all in all, it was one of the better Super Bowl halftime performances we’ve seen in quite some time.

Obviously not everyone liked it with one Christian activist even going so far as to say he plans to sue the NFL because the halftime show put him in danger of going to hell, and he wasn’t alone in his criticisms of the perfomance and its “crotch shots.”

Lopez was asked about the “too sexy” complaints being lobbed her and Shakira’s way at the Independent Spirit Awards over the weekend and the 50-year-old entertainer was not having it.

“I think that’s honestly silliness,” Lopez told Variety after a long chuckle. “Both of us are really respectful performers who are moms and have kids and are very conscious of what we do. We did a show that I believe was a celebration of women and our Latino culture that was really well reserved. And that small faction of people who want to be negative about it, it’s not something I can’t even let in because it was such an amazing night. So many beautiful things came out of it. And the message of standing up for yourself, being a woman, that’s what I want to pass on to little girls, that’s what I want to say, you’re strong, you’re beautiful, everything about you, be proud of it. I’m very proud of the performance that night.”

And here’s a little bonus for you as well. Lopez breaking down her Super Bowl LIV halftime performace with Jimmy Fallon including a little taste of what went on behind-the-scenes.