Jennifer Lopez Says She Thought About Becoming A Stripper Before She Hit It Big: ‘It Sounded Awfully Good’ 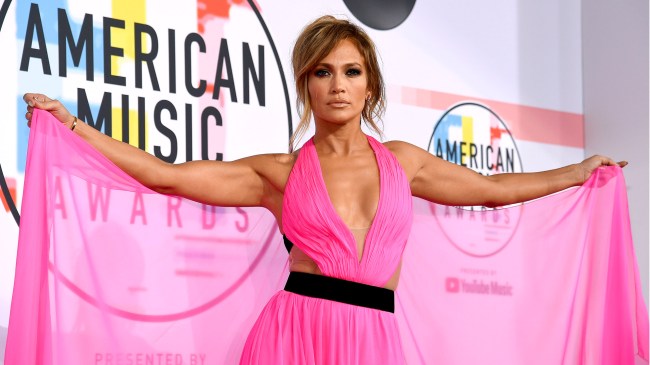 50-year-old Jennifer Lopez has pretty much been a household name ever since she received a Golden Globe nomination for her work in the Selena biopic in 1997.

However, it wasn’t always that way.

In fact, Lopez admitted in a recent interview with W magazine that at one point while she was struggling to make it as a performer she actually thought about becoming a stripper.

Lopez, once again nominated for a Golden Globe, this year for her portrayal of stripper Ramona Vega in the film Hustlers (which is like a female Goodfellas, according to some – perhaps because Lopez stole the story, allegedly), had this to say about her work in the film.

“I was a little nervous about doing this movie because I had never played someone this dark or complicated,” said Lopez. “I liked that Ramona, the character I play, and the other strippers were looked at as equals to their patrons, the guys on Wall Street. Ramona reminded me of that girlfriend we all have who is exciting but can also get you into trouble. You always miss that friend when she’s gone, but when you get together, you worry you might find yourself in some crazy situation. That’s Ramona.”

When asked if she ever thought about stripping to make money as she was making her way up the Hollywood ladder, Lopez admits that she did.

“There was a moment in my life when my friends, who were also dancers, told me about making thousands of dollars at clubs in New Jersey,” revealed Lopez. “They said, ‘You won’t need to be topless.’ It sounded awfully good when I was broke and eating pizza every day, but I never did it.”

Notably, very early in her career, Lopez was a Fly Girl dancer on the Fox sketch comedy show In Living Color from 1991 to 1993.

Lopez’s brief interview was just a small part of W magazine’s feature entitled “Best Performances 2020: Out and About in Los Angeles with Hollywood’s Biggest Stars.”

Things we learned in addition to JLo’s brief stripper aspirations?

• Shia LaBeouf loves The Sandlot.
• Chris Evans had a “giant, giant, giant poster of Sandra Bullock” on his ceiling of his bedroom.
• Awkwafina’s first acting job was on MTV’s Girl Code.
• Jodie Turner-Smith first acting gig was on True Blood, “I played a blood siren. I was naked, covered in blood, with a pussy ’fro.”
• Billie Lourd’s first crush was Kobe Bryant.
• Scarlett Johansson’s go-to karaoke songs are by Queen if she’s “feeling particularly feisty.”
• Charlize Theron’s first nude scene was in 2 Days in the Valley, and says she “didn’t know about merkins until after I did the scene. I wish I had known about merkins then. Live and learn.”

Check out the entire article here.