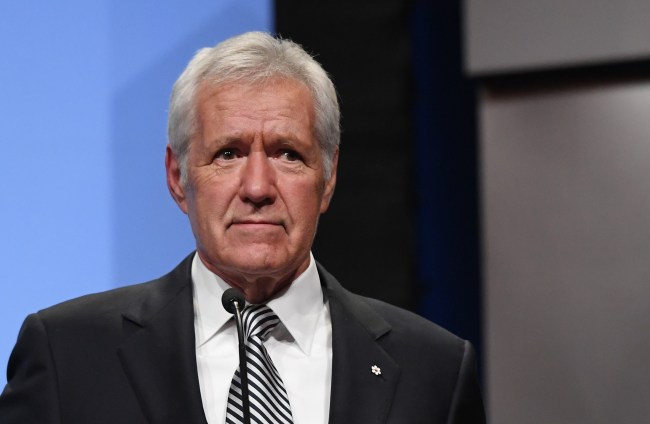 Jeopardy host Alex Trebek has been battling pancreatic cancer for the past year or so, with the longtime personality refusing to give in to the terrible disease. And while Trebek has said he vows to continue to fight and remain hosting the game show, all anyone can do is hope and pray that, somehow, he finds a miracle to extend his life.

While Trebek continues to fight his battle, one recent Jeopardy contestant, Avi Gupta, isn’t just offering encouraging words of support, but, instead, is putting his hard-earned cash to show Trebek some love.

After appearing on Teen Jeopardy this past summer, Gupta — who crushed the show, earning $100,000 — decided to donate an amazing $10,000 of his winnings to cancer research, stating that Trebek has been “someone I looked up to my whole life,” which made the decision pretty easy for him. Here’s what Avi Gupta posted on his Twitter account the other day, which detailed his plans to give the money to research.

This #PancreaticCancerAwarenessMonth, join us in the fight to #EndCancer. Working with Alex on @Jeopardy was an honor, and I hope the #Jeopardy community will join me in honoring him. #InspiredBy https://t.co/ZOloI3vzwO

According to CBS/Boston, the Teen Jeopardy champ’s donation came on the heels of Pancreatic Cancer Awareness Month, with the 18-year-old donating the $10,000 to the Knight Cancer Institute in Oregon at OHSU. The money will be used to promote early detection of pancreatic cancer — which is something Alex Trebek advocated for in an October PSA.

There’s a lot of negative stuff going on in the world, but this move by Avi Gupta is absolutely incredible (and uplifting). And, even though the Teen Jeopardy champ could’ve easily saved up all his earnings for himself, he decided to give back to a guy in Alex Trebek who he’s always looked up to. Meeting your heroes can, sometimes, be underwhelming. However, in this case, Gupta found an even bigger purpose for supporting his, and it’s one of the coolest gestures ever.