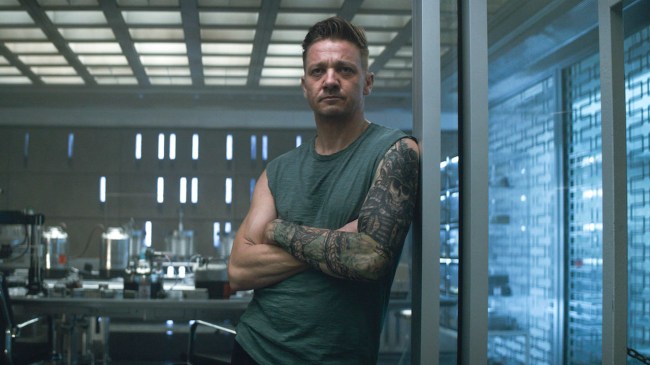 Allegations of troubling behavior may cost actor Jeremy Renner his most recognizable and profitable acting role, according to recent reports.

Last week, Renner’s ex-wife Sonni Pacheco accused the Avengers: Endgame actor of threatening to kill her, putting a gun in his own mouth, doing cocaine and other controlled substances, and using a firearm with his daughter in the room. The couple, who got married in 2014, ended up getting divorced a year later.

And now, according to a tweet from industry insider Daniel Richtman, Marvel Studios is reportedly considering their options when it comes to the future of Hawkeye following Renner’s ex-wife’s troubling accusations:

Just heard something. Heard Marvel are considering some options just in case they'll decide not to use Renner for the Hawkeye show. pic.twitter.com/X8Ztrf97Sp

Previous rumors about Hawkeye indicated that the series would see Renner’s Clint Barton train his successor Kate Bishop, which is a role that Marvel Studios reportedly offered to Hailee Steinfeld.

With two years until the release of the series, it will be interesting to see if Marvel Studios actually recasts the role or just decides to scrap the project entirely considering Hawkeye’s relative unimportance in the grand scale of the Marvel Cinematic Universe. Plus, with a bevy on projects set to be released on Disney+ in the coming years, Marvel Studios certainly has the option of swapping out Hawkeye for another series.

At this time, the Hawkeye series on Disney+ is set to be released during the Fall of 2021. In addition to Hawkeye, Disney+ is also set to see the release of The Falcon and The Winter Soldier, WandaVision, What If…? and Loki in the next couple of years.