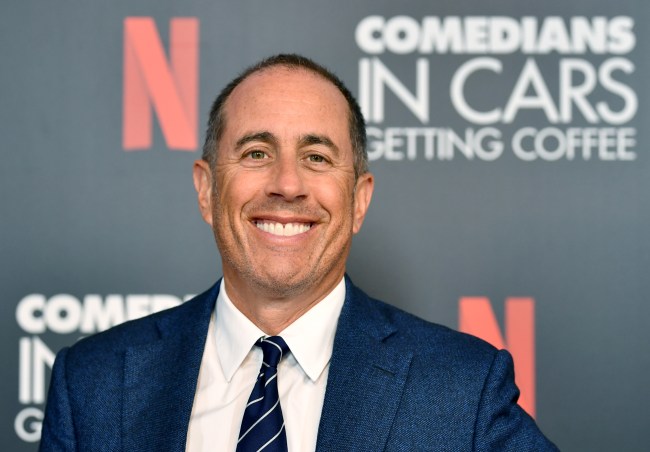 Jerry Seinfeld—the wealthiest, most decorated, most successful comedian in the history of time and space, humanity, consciousness, fate, everything that ever was, is, and will be—is mad online. He wrote this agitated response op-ed in the New York Times about how New York City IS NOT DEAD, GONE, OR FINISHED. What sparked this angry composition? Why, a casual LinkedIn blog from finance guru/chess wizard/comedy club owner James Altucher.

The last thing we need in the thick of so many challenges is some putz on LinkedIn wailing and whimpering, “Everyone’s gone! I want 2019 back!”

Oh, shut up. Imagine being in a real war with this guy by your side.

He says he knows people who have left New York for Maine, Vermont, Tennessee, Indiana. I have been to all of these places many, many, many times over many decades. And with all due respect and affection, Are .. You .. Kidding .. Me?!

He says Everyone’s gone for good. How the hell do you know that? You moved to Miami. Yes, I also have a place out on Long Island. But I will never abandon New York City. Ever.

It goes on like this for a while, oscillating between an encouraging endorsement of New York City’s resiliency and a weirdly thin-skinned bullying of James Altucher’s casual collection of thoughts on a job-searching website. Seriously, there are more typos in James’ post than there are piles of human feces in New York City subway entrances right now. I say this not to mock James—I like James and have worked with him in comedy a lot over the past couple years—but more because I can’t understand why this affected Seinfeld enough to pen a scathing op-ed in the Times.

Perhaps Jerry had heard versions of Altucher’s argument so often lately that he couldn’t take it anymore. Maybe Seinfeld had been meaning to defend his beloved city for some time, and maybe Altucher’s LinkedIn was the nudge that tipped Humpty Dumpty off the wall. Except Seinfeld’s piece is so directed at James’ thoughts, and returns so often to defending the city against James’ claims, that it feels weirdly personal. Which raises a few important questions:

I really doubt that Chappelle would contact the WSJ to submit a response piece if someone wrote that Yellow Springs, Ohio—where he lives—wasn’t a nice town anymore. Even Larry David, the other half of Seinfeld’s brilliant mind, wouldn’t be bothered to offer a trademark “eh” if someone dumped all over Los Angeles.

But maybe we’re missing the point here. Maybe the reason Seinfeld got so worked up is that he knows Altucher is right? New York sucks right now. There is shit everywhere. Nothing James said is new information. And sure, James may have shot for the moon by saying that NYC is “dead forever.” But that’s called clickbait, Jerry! We of the blogging community use wild exaggerations in our headlines to draw readers in. Hot take alert! Scalding headline, coming through!

On James’ move to Florida, Seinfeld said this:

You will not bounce back. In your enervated, pastel-filled new life in Florida. I hope you have a long, healthy run down there. I can’t think of a more fitting retribution for your fine article.

Yeeeeeeesh. Maybe take a breath next time, Jerry. Sit a few plays out pal. Clearly, this got to you.

PS- if you ever need an opener, it would be an honor. Anywhere other than New York though. Place blows.