Here’s Why Jesse Plemons’ Acting Success Is Bad For Society 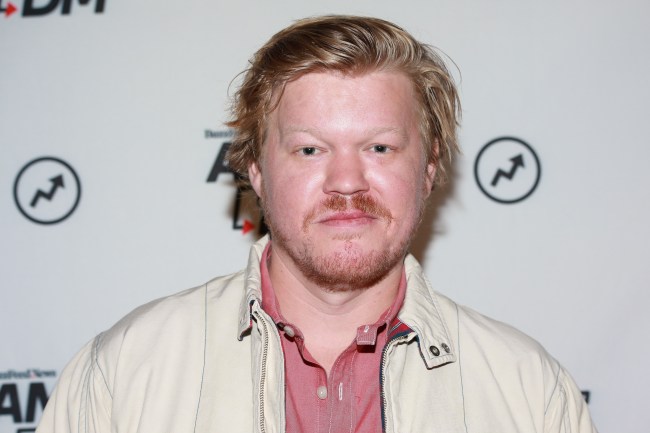 The New York Times recently did a profile on actor Jesse Plemons, aka Landry from Friday Night Lights and Todd from Breaking Bad. He’s starring in the upcoming Netflix film I’m Thinking of Ending Things, which sounds like a perfect, lighthearted diversion from the our current reality.

I like Jesse Plemons. It’s hard not to like him, unless you’re someone who can’t separate actors from the roles they play and you were so disgusted by his sociopathic turn as Todd in Breaking Bad that you can’t forgive him. Honestly, I wouldn’t blame you, even though what that really means is that the actor did their job too well (see: Louise Fletcher as Nurse Ratchet in One Flew Over the Cuckoo’s Nest). Here’s how the high-minded NY Times describes his acting ability:

NY Times– That verisimilitude has found him fans in major directors like Steven Spielberg and Martin Scorsese, and the 32-year-old Plemons has recently become a mainstay of prestige dramas, appearing in best picture nominees four of the last five years. Utter naturalism is his goal: Plemons can toggle easily between eggheads and dimwits, good guys and bad guys, and it’s almost impossible to describe what he’s doing differently because he doesn’t appear to be doing anything at all.

“I love actors where you don’t see them acting,” Plemons told me in early August, when we met outside his home in the Toluca Lake neighborhood of Los Angeles. “You don’t see a false moment. You don’t catch them.”

Perfect description. “I love actors where you don’t see them acting.” Also, taken literally, perhaps a cynical and ironic summary of the current state of Hollywood.

Which brings me to the thesis of this blog: Jesse Plemons’ success in Hollywood is a problem for society because it creates a false sense of hope for thousands, if not millions, of unattractive, aspiring actors.

Comedian David Cross had a bit on YouTube about the “army of aspiring actors” that move to Los Angeles to chase their dream. I can’t find it but he talked about how each year, tens of thousands of talentless, directionless hopefuls make the pilgrimage west to manifest their destiny in Hollywood. They think it’s a simple matter of being discovered, of being seen by the right person at the right time. That’s all it takes! Because everyone knows the story of how Chris Pratt was discovered when he was waiting tables at Bubba Gump Shrimp Co. in Hawaii, and look at how successful he is. It all comes down to luck.

The truth is, unless you’re part of the top .01% of the world’s most beautiful people, you’re not going to fall sideways into your big break in acting. Most famous actors achieved their breakout role through some combination of tireless, relentless auditioning, intensive theater/acting study, and nepotism/connections. Jesse Plemons’ didn’t just fall out of the sky into the role of Landry on Friday Night Lights. The guy’s childhood was one roundtrip flight to LA after another, auditioning for commercials and bit parts on random TV shows. He honed his craft and his skill such that when he did get his big role on FNL, he was poised to crush it. And now, his IMDB page is enormous, with great roles in The Irishman, Fargo (for which he received Emmy noms), Vice, and of course, Breaking Bad.

But let’s be honest: Jesse Plemons isn’t exactly a heartthrob. And when you’re not a total smokeshow, the odds of becoming a successful screen actor are much, much longer. Which is a testament to Jesse’s skill as an actor. Phillip Seymour Hoffman, same deal (RIP). Not a very attractive guy but his skill was so undeniable that casting directors couldn’t ignore him.

The issue is that the success stories of the Jesse Plemonses and the Phillip Seymour Hoffmans create an example that unattractive people can point to and say, “I’m just as attractive as those guys. I guess being handsome is NOT a barrier for entry into show biz. Los Angeles, here I come!” They move out, get their jobs as waiters and tutors and, over the course of months or years (or never), realize… oh. I guess Jesse Plemons is extremely, exceptionally talented. And either they stay in LA and reduce the average attractiveness of the population, or they move to the mountains where nobody cares that your beard is patchy, pubic, and clearly meant to hide the semicircle that is your jawline. Seriously, if you can trace the bottom half of your face using a watermelon rind, it’s going to be tough.

Los Angeles doesn’t need to increase its traffic problem. It doesn’t need more people asking for introductions, lunches, or feedback on your reel. The audition pond is fully stocked with stunningly beautiful people. If you want to be the next Jesse Plemons, sign up for the local theater program in wherever, Nebraska. You don’t need to be in Los Angeles to be discovered.