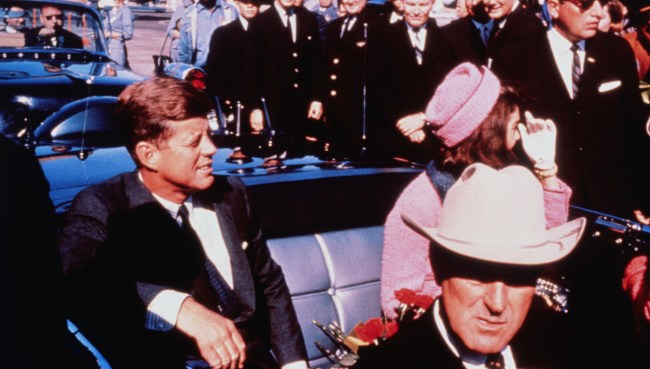 We all love a good conspiracy theory, but this one about the assassination of John F. Kennedy has a little more juice than most. R. James Woolsey served as the Director of the Central Intelligence Agency (CIA) from 1993 to 1995 so he has had access to information that is only available to a very short list of American citizens.

The book, titled Operation Dragon: Inside The Kremlin’s Secret War on America and just made available for sale on Tuesday, “describes why Russia remains an extremely dangerous force in the world while finally and definitively putting to rest the question of who killed President Kennedy on November 22, 1963. All evidence points to the fact that the assassination ― carried out by Lee Harvey Oswald ― was ordered by Khrushchev, acting through what is essentially the Russian leader’s personal spy force, the KGB (today known as the FSB).”

According to the New York Post, which has reviewed the book…

The authors claim that all the evidence needed to make their case is contained in the 26-volume Warren Commission Report, but that so much of it is “codified” that no one understood its significance until now.

“Decoded, these pieces of evidence prove that John F. Kennedy’s assassin, Lee Harvey Oswald, had a clandestine meeting in Mexico City with his Soviet case officer, ‘comrade Kostin,’ ” the authors write, “who … belongs to the KGB’s Thirteenth Department for assassinations abroad.”

According to the authors, the Soviets recruited Oswald in 1957, when he was a US Marine serving in Japan. After working clandestine missions for them for several years — including providing the information that allowed them to shoot down American pilot Gary Powers in 1960 — he was assigned in 1962, possibly by Khrushchev himself, to begin preparations to assassinate President Kennedy.

“Although Oswald wished to remain in the Soviet Union, he was eventually persuaded to return to the US to assassinate President Kennedy, whom Khrushchev had come to despise,” the authors wrote. “Oswald was … given a Soviet wife and sent back to the US in June 1962.”

They also claim that at some point between June and April 1963 the Soviet Union changed their mind and told Oswald to call off the assassination of JFK, but he went ahead and did it anyway.

“Even after the KGB ordered Oswald to stand down, Oswald stubbornly went ahead with what he considered his personal mission as bestowed upon him by his hero, Khrushchev,” they wrote.

While providing some evidence to back up their claims, the authors stated “there is no doubt that Lee Harvey Oswald was trained by the KGB to commit the assassination of President John F. Kennedy.”

Check out the full report on the book over at the Post or purchase the book here.