The CIA’s Rebranding For 2021 Is Getting Mocked With Numerous Jokes, Dank Memes 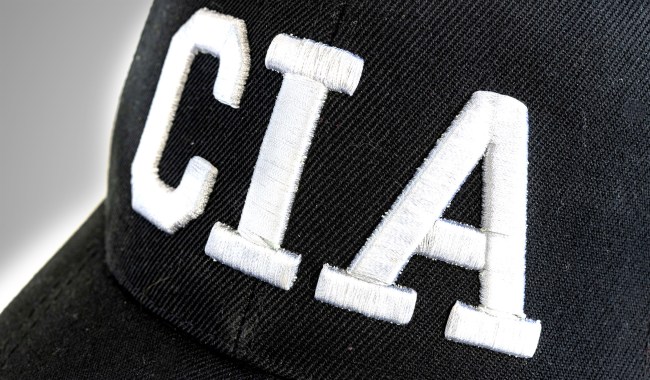 The Central Intelligence Agency (CIA) has really been trying to ramp up its perception over the past few years. From posting riddles and brain teasers on social media to a complete rebranding as we roll into 2021, the CIA has been going full “How Do You Do, Fellow Kids?” trying to perk up its image.

This new rebranding features a complete update to the intelligence organization’s website, numerous new YouTube videos, all backed up with a spanking new logo.

AdAge likened the CIA’s new look to a “a millennial pop-up shop.”

CIA Director Gina Haspel, who became the agency’s first female director in May 2018, tells the Associated Press that she hopes the new website will give potential recruits a sense of the “dynamic environment that awaits them here. We’ve come a long way since I applied by simply mailing a letter marked ‘CIA, Washington, D.C.,’” Haspel told the AP.

Since Haspel became CIA director, recruitment has become a key priority, and the CIA has started advertising on streaming services and launched an Instagram account, according to the AP. The agency’s first executive Hispanic engagement was assigned last year. The CIA still lags in its number of minority employees — 26.5% compared to 37% in the federal workforce and 37.4% in the civilian workforce.

Unfortunately for potential CIA recruitment, the reviews of the new look, and especially the new CIA logo, are not all that glowing, resulting in a number of memes and jokes at the government organization’s expense.

cia bout to drop the phattest lineup for the biggest Detroit techno party since 1997 pic.twitter.com/ibQYaizWex

The CIA just rebranded to look like “hungry independent ad agency focused on their culture as much as their work” pic.twitter.com/XCnn6FGuDg

CIA is a cross-disciplinary journal created by makers working across mediums. We explore the intersection of art, text, identity, and space and our first issue is $1000 pic.twitter.com/uCy3tcG7Qz

CIA rebranding as a modular synthesizer festival in Berlin pic.twitter.com/3PQwejMGUq

the new cia logo looks like it's for the last indie band i saw in the small room at elsewhere before the pandemic hit pic.twitter.com/TBHPiBsxYy

did a rogue barista from starbucks design the new CIA logo? pic.twitter.com/xE1WRFTrJl

Not everyone hates it though.

I love the new logo for the CIA I think it communicates what they do really clearly, and I for one have followed them on Spotify and am looking forward to their first episode

the CIA needs to drop merch with their new branding – they can charge it to the credit card and home address they already have on file for me pic.twitter.com/UBb23hcsDf

He has a good point. Hook me up with some of that new swag too, CIA spooks.