Want To Work For The CIA? If You Can Solve This Riddle, They Want To Talk To You 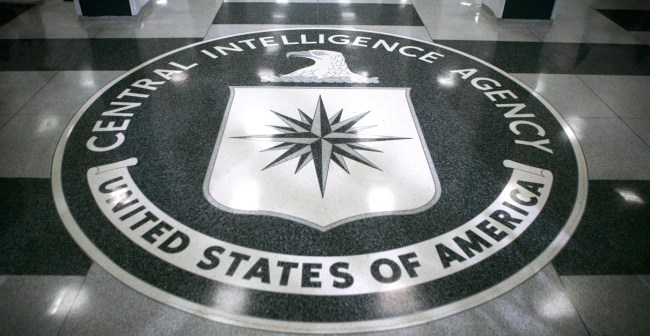 As “the nation’s premier agency providing global intelligence in an ever-changing political, social, economic, technological, and military landscapes,” the Central Intelligence Agency, or CIA, is always on the lookout for new recruits.

As we have seen in the past, the only qualification you need for the CIA to become interested in a person is the ability to solve one of their periodic “Tuesday Trivia” puzzles and riddles.

Put your observation skills to the test. Can you spot the 10 differences in the photo below?

Check back tomorrow to see if you found them all. pic.twitter.com/pKeaAqSLwz

We heard you when you said last week's puzzle was too easy. So we tried to step up our game.

If you solve it, check out our Careers page: https://t.co/z00p2RxZLc pic.twitter.com/KxbrOPlEkd

Check out the answer, as well as a couple more CIA puzzles, here.

More recently, the CIA asked its Twitter followers to put their analysis skills to the test, asking followers to figure out what time it is in a photo.

Need a hint? Check out things like the shadows, the traffic, the roads, and the street lights.

Put your analysis skills to the test.

What time is it in the photo?

“I would say it’s 7 am because the streets have not been plowed yet, and seeing evergreen trees I bet they have snowplows and ample snow removal tools ready. I believe that if it was any other time of day the roads would be clearer since it is not currently snowing,” wrote Twitter user @bogart_gov.

“1) There is only one active car on the road, signifying that it is early in the morning and many people are not commuting yet. 2) The school bus is dropping students off, not picking them up. If the bus had been picking students up, there would be a plethora of students…” commented @NinaLangley13.

“The cars in the parking lot have snow on hoods. Long shadows. Nobody’s skiing yet. Only 1 car on the road. No pedestrians. My initial guess was, midnight in 1 of those climes where the sun’s up all year round in winter. Second best guess wd be early as possible in the morning,” Twitter user @TimothySandefur pointed out.

And they all make some valid points. Plus, there’s this…

At 3 pm the ski lifts would be in motion and probably skiers in them...

Ready for the answer?

Most of you guessed correctly. Seems like you all have an eye for this. You should check out our careers page: https://t.co/BnsTZcZxXs#DiscovertheCIA

Did you get it right? If so, you better do as they say and go check out the CIA’s career page.