Jim Carrey Says He’s Not An Actor, He Doesn’t Exist, He’s An ‘Idea,’ And Talks About Depression 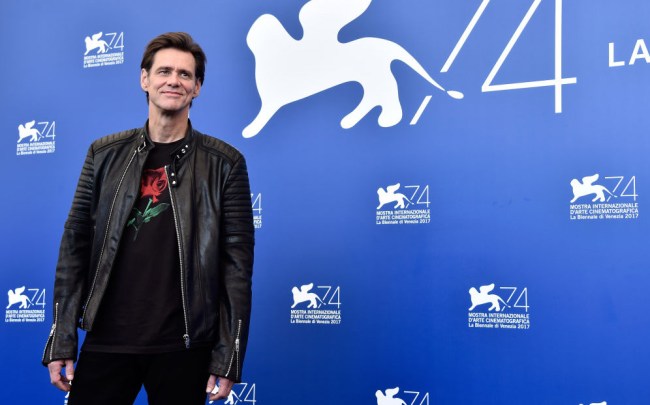 Jim Carrey isn’t an actor. Jim Carrey doesn’t even exist. Jim Carrey is only an idea. This is all according to Jim Carrey himself. This interesting introspection sounds like Carrey’s Truman Burbank character from The Truman Show. Carrey gave an interview to The Talks, where he was discussing his role of comedian Andy Kaufman in the 1999 movie Man On The Moon and the Netflix documentary about the movie, which was titled Jim and Andy: The Great Beyond. During the interview, Carrey revealed that he does not exist.

“It took me a while and I was depressed going back into my concerns and my politics,” Carrey said. “But there was a shift that had already happened. And the shift was, ‘Wait a second. If I can put Jim Carrey aside for four months, who is Jim Carrey? Who the hell is that?'” The comedy legend added, “I know now he does not really exist. He’s ideas … Jim Carrey was an idea my parents gave me. Irish-Scottish-French was an idea I was given. Canadian was an idea that I was given. I had a hockey team and a religion and all of these things that cobble together into this kind of Frankenstein monster, this representation. It’s like an avatar. These are all the things I am.” The comedy legend added, “You are not an actor, or a lawyer. No one is a lawyer. There are lawyers, law is practiced, but no one is a lawyer.”

Carrey has had a tumultuous past year that included the death of his former girlfriend Cathriona White. Her premature death resulted in damaging accusations against Carrey and even a lawsuit. “I have gone through some really tough times in the last few years and I would not wish them on anybody, but my God, my understanding of life and what is real and what is not real has expanded exponentially because of that,” Carrey said. “And my ability to understand suffering, which is a valuable thing. It’s the way to salvation because once you understand it, you have compassion, and the next thing you know, you are free.”

Carrey said he is no longer depressed. “At this point, I don’t have depression,” Carrey told i News in November. “There is not an experience of depression. I had that for years, but now, when the rain comes, it rains, but it doesn’t stay. It doesn’t stay long enough to immerse me and drown me anymore.” Jim seems to have found some inner peace by painting, which you can see his artwork HERE. Below are two compilations of Jim talking about depression, his theories about life, and his “awakenings.”