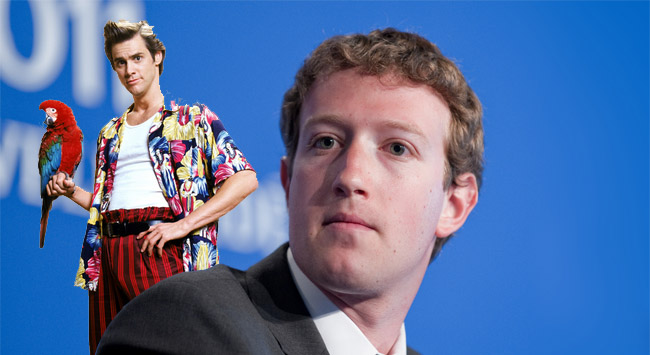 In light of a recently published New York Times report detailing some very serious alleged misconduct by the fine folks over at Facebook, many people were rightfully upset with the company. Actor Jim Carrey was one of them.

The report, which detailed how Facebook failed to police how its partners handled user data, failed to contain the Russia-linked activity on the site, ignored warning signs and then tried conceal them, and much more, painted both Facebook CEO Mark Zuckerberg and COO Sheryl Sandberg in a very negative light.

This account of how Mr. Zuckerberg and Ms. Sandberg navigated Facebook’s cascading crises, much of which has not been previously reported, is based on interviews with more than 50 people. They include current and former Facebook executives and other employees, lawmakers and government officials, lobbyists and congressional staff members. Most spoke on the condition of anonymity because they had signed confidentiality agreements, were not authorized to speak to reporters or feared retaliation.

Facebook declined to make Mr. Zuckerberg and Ms. Sandberg available for comment. In a statement, a spokesman acknowledged that Facebook had been slow to address its challenges but had since made progress fixing the platform.

“This has been a tough time at Facebook and our entire management team has been focused on tackling the issues we face,” the statement said. “While these are hard problems we are working hard to ensure that people find our products useful and that we protect our community from bad actors.”

Many people outside of Facebook, including Jim Carrey, consider some of those “bad actors” to be the very people running the company.

For those of you who don’t speak binary, here’s what that says… 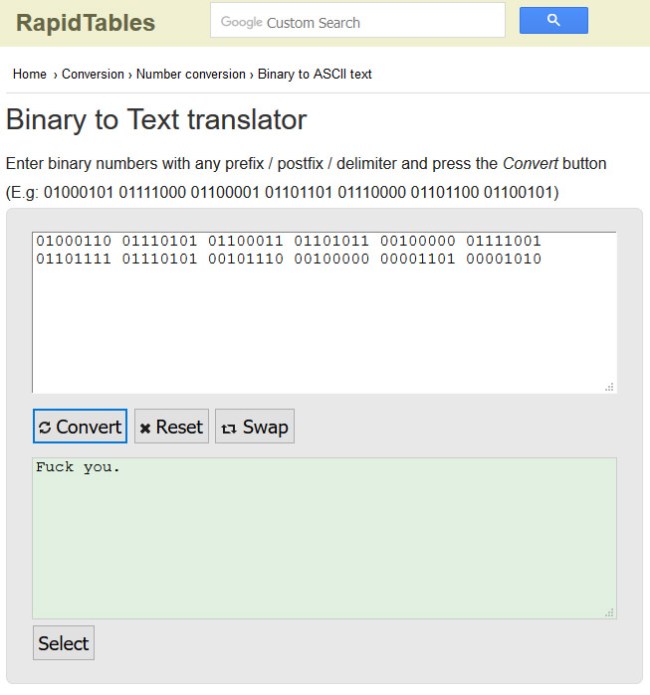 Read the entire blistering piece over at NYTimes.com.