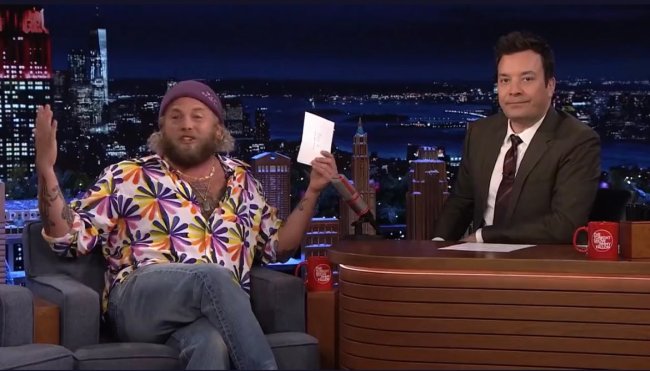 While The Tonight Show remains hugely popular amongst boomers and older generations, the culture — Gen X, Millenials, and Gen Z — have largely lost respect for Jimmy Fallon a long time ago, as the 47-year-old late-night host has now spent over half-a-decade proving that his version of The Tonight Show is nothing more than in exercise in lowest common denominator entertainment. From his cheesy games to his endlessly fake laughs, Fallon has made it clear that he’s more concerned with dollars than he is with intelligence. Which, honestly, is fine — totally fine. Get that bag, Jimmy.

What isn’t fine, however, was his reaction to Jonah Hill’s climate change message earlier this week, which saw the former Donald Trump hair-ruffler unleash more of a dramatic expression that he has during the entire seven-year run of his Tonight Show.

As Hill was saying goodbye to the audience at the end of his spot, he pulled out a letter from his pocket to share a message about climate change and detailed how the public can contact their local government officials to make a difference. Fallon, bizarrely, reacted as though he’d just seen a ghost.

„Jimmy Fallon? The only thing he should host is a parasite.“ – Mike Stoklasa

Let this be a reminder that if you do choose to watch one of the late night shows, have it be Stephen Colbert or Jimmy Kimmel.