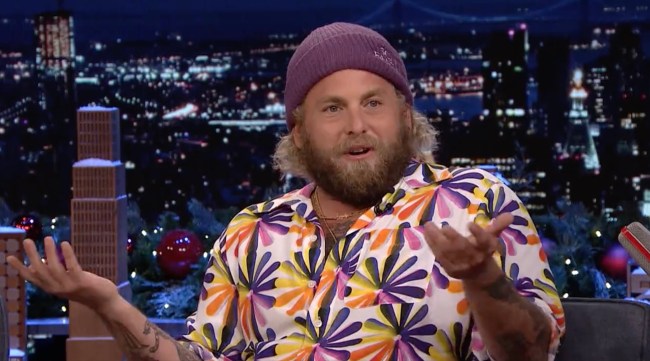 We all have moments of self-doubt.

Sometimes these moments can overwhelm and consume us.

Call it constant imposter syndrome, call it setting excessively high goals for oneself.

All that self-doubt leads to a feeling of wayward loneliness or unworthiness. It causes people to turn inward and stew. It’s just a downward spiral of constant anxiety and depression from there. You know you should be looking yourself in the mirror and saying “man, I have a dope life” but instead you dwell on how you’re perceived by others.

You know the questions. The ones that rattle around upstairs in your thoughts like a brain maraca, drowning out your generally good demeanor, likeability, and a sense of overall confidence.

It sucks being stuck in one’s own head, even if it’s just a fact of life. All these thoughts can be so defeating and paralyzing. Certainly happens to me all the time.

The goal is to power through all that bad mental juju without second-guessing yourself. Easier said than done, of course. Focusing on gratitude and talking it out opens a lot of cognitive hang-ups. Also, dishing out compliments to others. Learning to let that deal go down is just a part of our whole trip through another time, forgotten space.

In the words of the apostle Robert Hunter, as sung by the prophet Jerry Garcia:

Ain’t nobody messin with you but you.

In case you haven’t heard, Jonah Hill is set to play late Grateful Dead frontman Jerry Garcia in a new biopic, directed by Martin Scorsese. The news of the project put the zeitgeist in a frenzy. To a certain person (ugh, like myself?), Garcia is more than just a rock star. He’s a beloved iconoclast of American music; a transcendent cultural figure that took creative risks and played the game by his own playbook, to hell with what anyone else thought.

All with a gregarious laugh and radiant smile.

Jonah Hill appeared on The Tonight Show Starring Jimmy Fallon to talk about the upcoming Jerry Garcia biopic, directed by Martin Scorsese. The project is reportedly in development for Apple, with Hill himself set to play the Grateful Dead frontman.

Hill tells Jimmy Fallon that the whole thing came together after he formed his production company. He saw a picture of Jerry Garcia on Instagram. Then he said to himself, “why isn’t there a Jerry Garcia biopic yet… starring me?”

The story is the ultimate motivator.

“This is a cool story that I’ll tell if anyone’s watching that needs to improve their voice of self-doubt in their heads, okay?”, Hill explains to Jimmy Fallon.

“So, yeah. I do, I suffer from it. COVID started, I started my company, Strong Baby Productions. We had just started the company and I’m on Instagram. COVID just started, we’re all stuck in our houses, and I see this picture of Jerry Garcia when he’s young, and I’m like, ‘Wow, why has nobody done this? Why has nobody made a movie? I could play Jerry Garcia.’ And then I spent the next hour and a half… talking myself out of it. Being, like, ‘Don’t show anyone this. Don’t say this. You’re going to sound insane. You’re not good enough. You’re not this, you’re not that. And, you know, ‘He’s an icon, and that’s just a picture.’”

Hill then explains how he mustered up the courage to tell his manager, Rick Yorn, about the idea. Yorn has managed Hill since 2013, right before Wolf Of Wall Street came out, featuring Jonah Hill and Martin Scorsese.

Are you connecting the dots yet?!

“And I finally did the work in my head to go, ‘No, share it with the people you work with,’” he continued. “So I sent it to my company and to my manager, Rick, and they were like, ‘This is a great idea.’ And then Rick manages Martin Scorsese, and we worked together on Wolf of Wall Street, and he said, ‘You know who would love this is Martin Scorsese.’ And my partner Matt and I were like… ‘Yeah. For sure. That sounds great! I bet he’ll like it a lot!’ And we’re like, ‘What is happening?’”

“And then, Marty said, yes, he wanted to direct a movie about the Grateful Dead with me playing Jerry Garcia. … It goes for me, ‘I shouldn’t even send this because I’m not valuable enough to even express an idea to having your hero direct a movie about your [other] hero, you know? And so, it’s a beautiful story.’”

Watch the clip for yourself:

"This is a cool story that I'll tell if anyone's watching that needs to improve their voice of self doubt."

–@JonahHill explains how his dream of playing @JerryGarcia came to life. #FallonTonight pic.twitter.com/K0USzNnWYh

Hill tells Fallons that the script is currently being written by Larry Karaszewski and Scott Alexander – of People vs. Larry Flint and Ed Wood fame, whom he calls “my favorite writers.”

For Deadheads, there are so many based takeaways to unpack in Hill’s interview on The Tonight Show. And us Deadheads can be an insufferably fickle and catty bunch.

The most important one, for me at least, is hype. It’s nothing short of amazing that Garcia’s life and work will be immortalized by Martin Scorsese. The fact it all stems from Hill casually scrolling through randomness on Instagram one day?

That’s just a *chefs kiss* for all us digital dopamine addicts stuck in our own heads.

Plus, the excitement from Hill about the project is palpable. The story itself is flat-out inspiring for anyone stuck in their own head.

Always double down on yourself.

Ain’t nobody messin with you but you.