Movie Fans Roll Their Eyes As Jimmy Kimmel Confirmed To Host The Oscars, Will Surely Make Tons Of Bad Will Smith Jokes 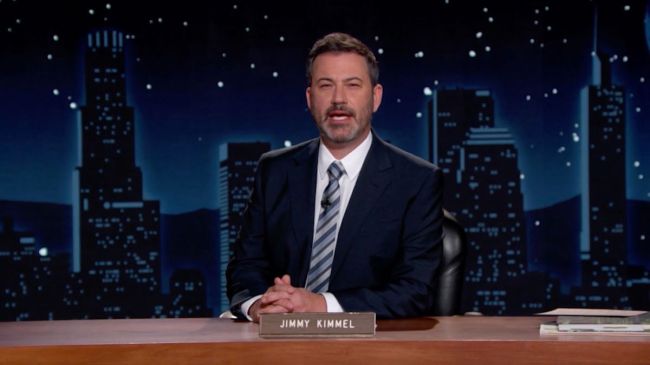 Jimmy Kimmel will host the 2023 Academy Awards early next year, marking the third time that the comedian and late-night TV personality has hosted the event. Kimmel previously hosted the ceremony in 2017 (the year of the infamous Moonlight/La La Land debacle) and 2018.

The Academy’s search for a host this year was obviously more scrutinized than in years past given the events of the 2022 Oscars, which infamously saw Best Actor winner Will Smith walk on the stage and smack host Chris Rock after he made a joke about his wife Jada Pinkett.

“Jimmy is the perfect host to help us recognize the incredible artists and films of our 95th Oscars. His love of movies, live TV expertise, and ability to connect with our global audiences will create an unforgettable experience for our millions of viewers worldwide. With Kimmel, Weiss, and Kirshner’s fresh perspective and masterful guidance, the Oscars will celebrate its rich 95-year history, the collaborative nature of moviemaking, and our diverse, dynamic, and deeply creative community of filmmakers,” The Academy said in a statement.

Given what Kimmel pulled at the Emmys earlier this year — laying down behind Abbott Elementary creator Quina Brunson during the entirety of her acceptance speech — pop culture fans weren’t too enthused when they heard Kimmel would be hosting the Oscars in the coming months.

Pop culture world reacts to the news that Jimmy Kimmel will host the 2023 Academy Awards, the first Oscars after the Will Smith Slap

Gonna be a painfully unfunny show I fear 😵‍💫 https://t.co/s51UJrGzhF

Hell is real and it is Jimmy Kimmel re-hosting the Oscars. https://t.co/3m7Ow8In9z pic.twitter.com/qUlGEfXIWM

Not the best news to start the week with but fine… https://t.co/ygclymKmTh pic.twitter.com/SbsnReZtN2

RELATED: Jimmy Kimmel Is Getting Crushed For His Cringeworthy Bit During Quinta Brunson’s Acceptance Speech At The Emmys