Jimmy Kimmel Opens Up About Kobe Bryant’s Memorial Service, Shares What He Thought Was The ‘Saddest Part’ 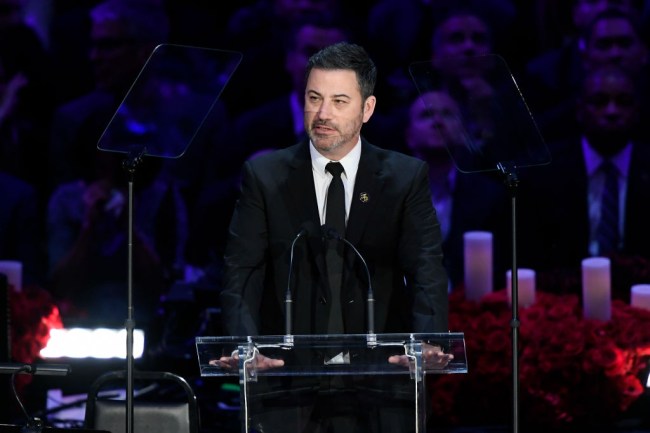 Sunday the 26th marked three months since Kobe Bryant and eight other souls tragically passed away in a California helicopter accident. Such has been the chaos of the last 12 weeks that Bryant’s death feels like it was three years ago, not three months ago.

About a month after the horrific accident, a massive celebration of life was held at the Staples Center on February 24 and was hosted by Jimmy Kimmel, who clearly became close with Bryant over the years.

While appearing on What What Happens Live with Andy Cohen, the longtime late-night host opened up about what it was like hosting the service and shared what he felt was the saddest part of the experience.

When asked by Cohen how nervous he felt, Kimmel replied, “Very,” adding, “I guess I wasn’t really fully paying attention, but I didn’t know it was going to be a televised event. I thought it was a somewhat intimate family and fans thing.” Kimmel also spoke about the “saddest part” of the memorial. “The saddest part was seeing the family just sitting in the front row. That’s a killer, looking at those kids, Vanessa and Kobe’s parents,” he said. “To just realize as sad as this is for all of us, this is a million times worse for them.”

Bryant, who was one of nine people killed in a helicopter crash in southern California on January 26, was a frequent guest on Jimmy Kimmel Live!. “I know this might not make sense, but he was just the last person you could have ever imagined something like this happening to,” an emotional Kimmel said during the first episode after Kobe’s death. “He was so strong and handsome and smart and energetic — he was a hero.” [via Uproxx]

What a year this has been, man. Keep fighting the good fight my people.