JK Rowling Is A TERF! (We Googled It So You Don’t Have To) 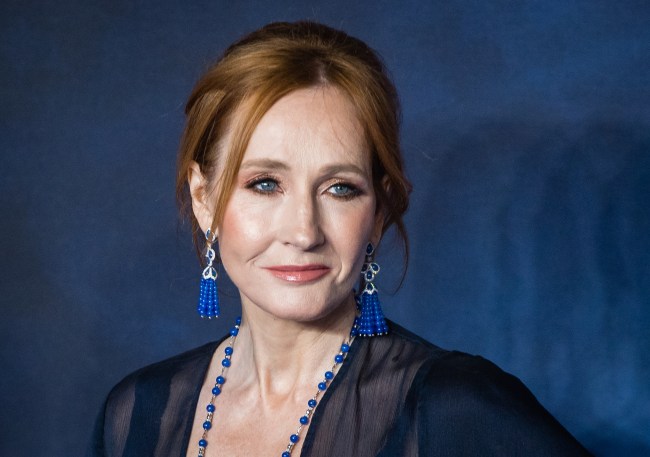 Dress however you please.
Call yourself whatever you like.
Sleep with any consenting adult who’ll have you.
Live your best life in peace and security.
But force women out of their jobs for stating that sex is real? #IStandWithMaya #ThisIsNotADrill

It stands for “trans-exclusionary radical feminist.” And apparently, JK Rowling is headmistress of the TERFs.

Smythe must have known that saying “trans-exclusionary radical feminist” is unfair to those with limited drinking water, given the risk of tired tongue and sticky mouth. But her early versions only brought us halfway home. At first, Viv tried trans-exclusionary RadFem. But to those unfamiliar with abbreevs, “RadFem” had the unintended consequence of sounding like a compliment. As in, “check out that rad fem on her self-financed Peloton! That’s one far out lady!”

In the words of Mike Ehrmantraut (Mike ‘traut, not Mike Trout), Smythe had chosen a half measure when she should have gone all the way. Thus, she returned to her notes, scribbling and excising and nipping and tucking letters until she settled on the clean, simple acronym: TERF.

Fans of the tailed football toy raised hell. I reached out to NERF for comment. They responded with a whistle. Hard to know if it was an ironic cat call or just the noise their toys make when you throw them across New Hampshire.

The term caught on with the tens of people who study terms. Some even called it a slur. And today, when the Harry Potter author tweeted her support for a woman who had been fired for voicing anti-trans sentiments, all hell broke loose:

LGBTQ Nation– Harry Potter writer J.K. Rowling made a bold statement against transgender equality on Twitter, confirming to her millions of followers that she is sympathetic to transgender exclusionary radical feminists (TERFs).

On Twitter, the former billionaire wrote that people could “dress however you please. Call yourself whatever you like. Sleep with any consenting adult who’ll have you.”

She then wrote, “But force women out of their jobs for stating that sex is real?” with the hashtag #IStandWithMaya, referring to British TERF Maya Forstater.

Forstater is a tax expert at the Centre for Global Development, and her employer decided not to renew her contract after they found “offensive and exclusionary” language about transgender people in her tweets, including saying that “men cannot change into women” and that discrimination against transgender women can “hurt mens feelings.”

Now, before we continue, I’ll say this: I wholeheartedly support the transgender community. Identify however you want. Be happy. Of course!

But I also identify as a major Harry Potter fan. And I refuse to believe that being a trans-ally and an HP fan are mutually exclusive. If the internet insists on drawing a line in the sand, I say fuck your beach. I refuse to turn on the architect of Hogwarts; the brewer of butterbeer; the portkey that transported me to a preferable world. I will not sort her to Slytherin simply because we sympathize differently on gender identity.

As such, I will keep one eye on my fireplace for a letter that will never come, while I keep my other eye on the ever-changing preferred pronouns list. And I will absolutely not be taking to twitter to scold anybody for having an opinion.

After all, snitches get stitches. But they also win quidditch matches.