Joaquin Phoenix Is Actually Down To Make Another ‘Joker’ Movie, He Just Doesn’t Know When 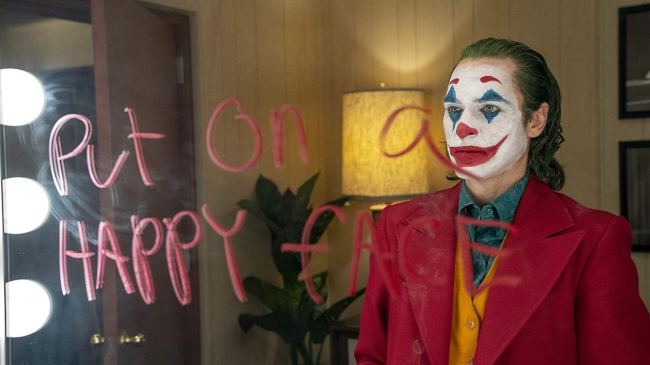 I remember at my old, far worse writing job that I had straight out of college (RU, rah rah!), I wrote about Joker when it was first announced, claiming that the notion of giving the Clown Prince of Crime an origin story was directly in contrast with the character’s core appeal. Even Batman himself doesn’t know who the Joker is or where he came from — making a movie about that very thing felt disingenuous to the point that it was spitting in the face of the character’s storied, infamous history.

Alas, I was wrong. Not only did Joker become the first-ever — yes, FIRST-EVER — R-rated film to gross over $1 billion at the box office, but it was a critical darling as well, racking up 11 Academy Award nominations, including for Best Picture and Best Actor, which Joaquin Phoenix ultimately took home.

Naturally, given the film’s massive success, discussion about a sequel took place almost immediately — discussions we’ve covered on this here website. Every time we’ve written about a potential Joker sequel, though, it was from the perspective of the studio or director Todd Phillips, both of whom are obviously keen on keeping the wildly popular franchise going. But how does the Joker himself feel? Does Phoenix even want to make another Joker movie? In a recent interview with The Playlist, Phoenix revealed he’s still on to the idea:

Asked if there was any movement on the film to his knowledge or whether they’d ever make a sequel, Phoenix seemed to be very open to a sequel still, but appeared to be in the dark on any updates or whether the sequel will actually come to pass.

“I mean, I dunno. From when we were shooting, we started to —you know, uhh, this is an interesting guy. There are some things we could do with this guy and could [explore] further. But as to whether we actually will? I don’t know.”

Phoenix has two projects he’s set to work on in the coming years — Ridley Scott’s Kitbag and Ari Aster’s Disappointment Blvd. — so if I Joker sequel did ever happen, it likely wouldn’t begin production until 2023 at the earliest.

RELATED: How Heath Ledger Landed The Joker Role In ‘The Dark Knight’