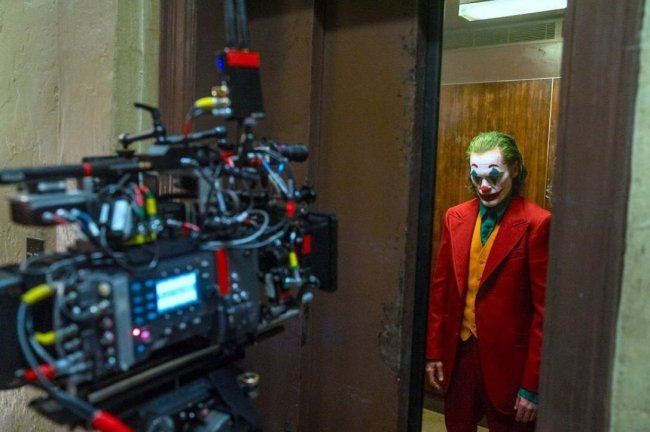 Tucked into a The Hollywood Reporter story about LaLa Land’s most powerful lawyers was a blink-and-you’ll-miss-it tidbit that Todd Phillips, writer and director of the critically acclaimed, Academy Award-nominated Joker, has “struck a deal to co-write the next Joker installment”.

Warre Dern: Client Zack Snyder is back in action with his Justice League cut on HBO Max and the Netflix zombie flick Army of the Dead. Todd Phillips struck a deal to co-write the next Joker installment, while Amy Poehler is booming in the DIY space with Making It and planned spinoff Backing It. Paul Feig is directing the star-packed School for Good and Evil at Netflix, while J.A. Bayona has begun shooting Amazon’s high-profile Lord of the Rings series. [via THR]

Reports of a sequel to Joker began almost as soon as the original film was released, both due to the quality of the film — Joker became the highest-grossing R-rated film of all time with over $1 billion at the global box office while also racking up 11 Academy Award nominations, the most nominations of that year — and the manner in which the original ended, which almost certainly left the door open for the story of Joaquin Phoenix’s Arthur Fleck to continue. At this time, however, it is unclear if Phillips would also return to direct an eventual sequel.

While I’d happily check out a Joker sequel, I’d rather Warner Bros. instead tried to make Joker-type films for other iconic Batman villains, like Mr. Freeze or Two-Face, for example.

If a Joker sequel does happen, though, it likely won’t be for another year or two, as Phoenix currently has a handful of projects in the works, such as the Ridley Scott-directed Napoleon Bonaparte film Kitbag, Disappointment Blvd from Midsommar director Ari Aster, and Mike Mills’ C’mon C’mon.