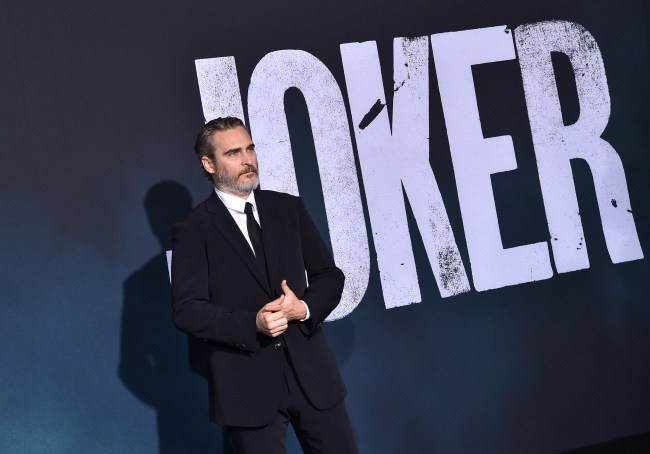 Joaquin Phoenix is on his way towards his first Academy Award win; book it. While the 44-year-old actor has received three Oscar nominations in his career for roles in flicks like Gladiator, Walk the Line, and The Master, early indications are that he pretty much killed it in the upcoming Joker movie, where he dedicated more than just his craft for the role. That just means he’s probably going to be holding that little gold man statue in a few months.

That’s because, like previous performances from Oscar-winning actors, Joaquin Phoenix went through a total physical transformation, dropping an insane 52 pounds in order to get into the skinny character that director Todd Phillips envisioned for Joker. Unfortunately, it didn’t come without consequence for Phoenix, who described the mental and physical toll losing all that weight took on him.

Talking to the Associated Press, here’s what the actor had to say about the intensity of losing all that weight, even going as far as saying he developed a “disorder” because he was worried about gaining less than a pound every single day. Talk about some self-induced pressure, right?

The actor, 44, agreed to lose 52 lbs. at the urging of director Todd Phillips, who thought his character, Arthur Fleck, should be “real thin.” Phoenix lost the weight carefully, under the guidance of a doctor, but the strict calorie deprivation he endured affected his eating habits well after he hit his goal.

“Once you reach the target weight, everything changes,” he told the Associated Press. “Like so much of what’s difficult is waking up every day and being obsessed over like 0.3 pounds. Right? And you really develop like a disorder. I mean, it’s wild.”

“As it turns out, that impacts your psychology, and you really start to go mad when you lose that much weight in that amount of time,” he said in August.

Could you imagine being obsessed with gaining 0.3 pounds? That seems a bit extreme, but, hey, Joaquin Phoenix knew he couldn’t have a cheat day and scarf down a burger to satisfy his cravings. I couldn’t even think about how tough something like that would be.

Of course, Phoenix did find some benefits to losing all that weight. In the same interview, the actor described how the body transformation did help his flexibility — which, all things considered, I guess is a good thing.

“I think the interesting thing for me is what I had expected and anticipated with the weight loss was these feelings of dissatisfaction, hunger, a certain kind of vulnerability and a weakness,” he said. “But what I didn’t anticipate was this feeling of kind of fluidity that I felt physically.”

“I felt like I could move my body in ways that I hadn’t been able to before,” he continued. “And I think that really lent itself to some of the physical movement that started to emerge as an important part of the character.”

Being so dedicated to something takes a helluva lot of work, and, in Joaquin Phoenix’s case, it may reap big rewards down the line when award season hits. Even if the dude doesn’t scoop up a single award for the role, I’m sure he’ll be satisfied with his performance, because Joker looks absolutely insane.