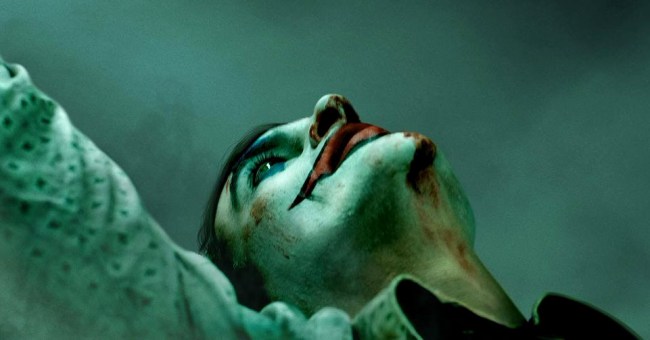 Odds are pretty good that you’ve seen Joaquin Phoenix and director Todd Phillips’ new Joker movie. At least based on the fact that the movie has already made over $209 million at the American box office in a little over two weeks.

That being said, if you haven’t seen it yet, heads up, possible spoilers ahead.

One fan theory that the dynamic duo have already addressed is whether or not Phoenix’s Joker is THE Joker that eventually takes on The Caped Crusader.

“Maybe Joaquin’s character inspired the Joker,” said Phillips about that theory. “You don’t really know. His last line in the movie is. ‘You wouldn’t get it.’ There’s a lot going on in there that’s interesting.”

However, that was far from the only fan theory that sprung up in the wake of Joker’s success. The movie naturally lends itself to ambuguity and interpretation.

Another set of theories that have gained some traction is one regarding 11:11 showing up on the clocks in the film.

JOKER easter egg: If you look at all the clocks throughout the film they’re all pointing to 11:11.

It’s believed that 11:11 signifies your ‘spirit guides’ are attempting to contact you and that you’re heading on the right path. 🤡 #Joker

People over at Facebook are saying that the whole Joker film is a dream cause the clocks are all at 11:11 but this can also mean that its past the 11th hour, meaning past crisis point.

Or Jeremiah 11:11 which basically is y'all are screwed. Joker will bring evil and chaos. pic.twitter.com/qEj6ZBZIcI

/Interesting how many times 11:11 appears in the “Joker” movie

Speaking with CinemaBlend’s “ReelBlend” podcast, Todd Phillips claimed, “It’s a coincidence. … No, I mean, I don’t know. I think it’s a coincidence. That’s two times. Is there another time? … No, no that’s just interesting.”

Phoenix had just as cryptic a response, “Paul is dead. Paul is Dead. [inaudible] The Beatles. [laughs] What I’m saying is, I do know that there are some of those things that we put in, whatever the f**k you call them… yeah. I mean, I think some of them you might read into. That’s the ‘Paul is Dead’ joke that I’m making. But no, 11:11 didn’t mean anything to me personally.”

So if you were thinking there was a chance that 11:11 was some sort of Easter egg, Phillips has news for you.

“I don’t do Easter eggs. Any Easter eggs anybody finds is a mistake. I don’t understand,” said Phillips.

And if you do happen to find one, he says it was added by the “art department sneaking something in that would make me crazy if I knew about it.”